Two months before his Florida home was raided by the FBI, former President Donald Trump secretly received a grand jury subpoena for classified documents belonging to the National Archives, and voluntarily cooperated by turning over responsive evidence, surrendering security surveillance footage and allowing federal agents and a senior Justice Department lawyer to tour his private storage locker, according to a half dozen people familiar with the incident.

While the cooperation was mostly arranged by his lawyers, Trump personally surprised the DOJ National Security Division prosecutor and three FBI agents who came to his Mar-a-Lago compound on June 3, greeting them as they came to pick up a small number of documents compliant with the subpoena, the sources told Just the News, speaking only on condition of anonymity because the visit was covered by grand jury secrecy.

The subpoena requested any remaining documents Trump possessed with any classification markings, even if they involved photos of foreign leaders, correspondence or mementos from his presidency.

Trump signaled his full cooperation, telling the agents and prosecutor, “Look, whatever you need let us know,” according to two eyewitnesses. The federal team was surprised by the president’s invitation and asked for an immediate favor: to see the 6-foot-by-10-foot storage locker where his clothes, shoes, documents and mementos from his presidency were stored at the compound.

Given Trump’s instruction, the president’s lawyers complied and allowed the search by the FBI before the entourage left cordially. Five days later, DOJ officials sent a letter to Trump’s lawyers asking them to secure the storage locker with more than the lock they had seen. The Secret Service installed a more robust security lock to comply.

Around the same time, the Trump Organization, which owns Mar-a-Lago, received a request for surveillance video footage covering the locker and volunteered the footage to federal authorities, sources disclosed. 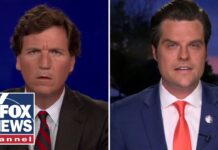 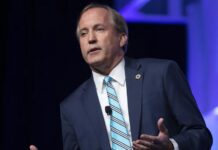