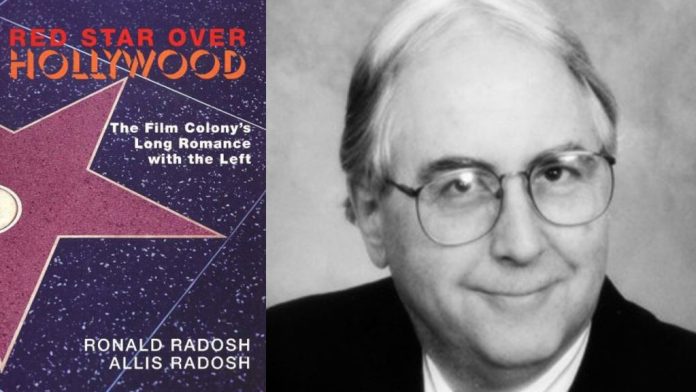 Until now, Hollywood’s political history has been dominated by a steady stream of films and memoirs decrying the nightmare of the Red Scare. But Ronald and Allis Radosh show that the real drama of that era lay in the story of the movie stars, directors and especially screenwriters who joined the Communist Party or traveled in its orbit, and made the Party the focus of their political and social lives. The authors’ most controversial discovery is that during the investigations of the House Committee on Un-American Activities, the Hollywood Reds themselves were beset by doubts and disagreements about their disloyalty to America, and their own treatment by the Communist Party. Abandoned by their old Communist Party allies, they faced the Blacklist alone.

“A thoroughly researched investigation of the communist controversy in Hollywood that has divided America for more than half a century.” — John Patrick Diggins, Distinguished Professor of History, City University of New York

“Red Star Over Hollywood is a cool, objective, well-researched and highly readable study of the effects the HUAC.” — Richard Schickel

“Ronald and Allis Radosh give us a sobering, straightforward, scrupulously researched account of the Communist Party’s actual goal.” — Tom Wolfe, author of I am Charlotte Simmons

Ronald Radosh, adjunct Senior Fellow at the Hudson Institute, was the first writer to establish the guilt of Julius Rosenberg, in his best-selling book, THE ROSENBERG FILE. He is also author of COMMIES: A JOURNEY THROUGH THE OLD LEFT, THE NEW LEFT AND THE LEFT OVER LEFT. Allis Radosh is author of PERSIA CAMPBELL: PORTRAIT OF A CONSUMER ACTIVIST.