Last week I spoke about the threat that radical Islam poses to America.

While the overwhelming majority of Muslim Americans are as peace loving as everyone else, there are radical Islamists right here in the United States trying to kill Americans and destroy this county.

The Committee on Homeland Security, of which I am a member, has held numerous hearings on this issue.

However, some want to pretend that these threats do not exist.

CAIR, the Council on American-Islamic Relations, wants me to apologize for what I said.

It is important to know that The Department of Homeland Security and the FBI have severed all ties with CAIR because of their ties to terrorism.

bowing down to political correctness has and will get Americans killed, we must always speak the truth to this threat no matter how politically incorrect.

Yet, Tammy Duckworth agrees with CAIR, when she calls me irresponsible.

Tammy, what exactly did I say that you disagree with?

Yes or no, do you agree with the Obama Administration that there is a homegrown threat that exists from a radical strain of Islam?

Ms Duckworth, if you truly think my remarks are irresponsible, I invite you to join me in a debate on this very issue.

This issue is much too important for sound bites. 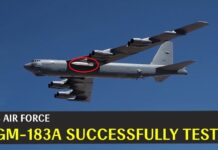