As part of an automatic phone call blitz across the country, The Democratic Congressional Campaign Committee is repeating the thoroughly debunked claim that the House Republican budget “would end Medicare”

Politico has a sample script:

Hi. This is Julie calling from the Democratic Congressional Campaign Committee to alert you to a new development about Medicare. Your Congressman, Dan Lungren, voted for a budget that would end Medicare and now the budget’s architect, Paul Ryan, is the Republican candidate for Vice President…

The fact-checking website PolitiFact has voted the oft-repeated claim that “Republicans voted to end Medicare”  the dubious distinction of “Lie of the Year 2011”. The call is targeting 50 GOP congressional candidates. 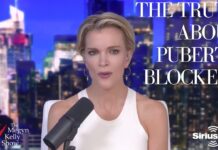