Gibson is known for making guitars, but did you know that Gibson is really known worldwide for producing classic models in every major style of fretted instrument including acoustic and electric guitars, mandolins and banjos. The Gibson Les Paul guitar is the best selling guitar of all time and bears the name of the late, great Les Paul. Gibson’s HD.6X-PRO Digital Guitar, the Gibson Robot Guitar, the Gibson’s Dark Fire and the Gibson Dusk Tiger all represent the biggest advances in electric guitar design in over 70 years.

The company was founded by Orville Gibson. It was first located in Kalamazoo, Michigan in 1902 and they made very distinctive mandolin instruments. The mandolins featured a carved, arched solid wood top and back and bent wood sides. Mandolins had been made with a flat solid wood top and a bowl-like back and they were very fragile and unstable. Orville Gibson characterized them as “potato bugs”. Gibson’s mandolins had a distinctive, darker-sound and they were much easier to manufacture in large numbers than other mandolins of his day. He began selling his mandolins out of his one room workshop in 1894. Orville Gibson’s patented his design of the single-pieced carved sides and a single-pieced neck, in 1898. His mandolin patent was the only one of his innovation that he patented before his death in 1918.

In 1902 Gibson’s company was incorporated as Gibson Mandolin-Guitar Mfg. Co, Ltd., to market Orville’s instruments and at this time the company produced only Orville Gibson’s original designs. As trends began to change, the company neede to change with them so in 1919 they hired designer Lloyd Loar as Gibson’s sound engineer and master luthier and he worked for them from 1919 to 1924 and Gibson began creating newer instruments.

It was Loar that designed and built the instrument top with F-shaped holes, like a violin. He also  introduced a longer neck, which moved the bridge closer to the center of the body. He also made changes to the fingerboards. Instead of fusing them to the top, he floated the fingerboard over the top. He also pioneered using the Virzi Tone Producer, a spruce disc suspended from the instrument top which acts as a supplemental soundboard. Loars also began designing experimental electric guitars at Gibson and even though they were never perfected there is a photo in AR Duchossoir book Gibson Electrics, of a Gibson L5, with the serial number 88258 of 1929, one of the original Loar-designed L5s, with fitted electrostatic pickup and factory-fitted jack socket in the tailpiece of the instrument.

It was Gibson that invented archtop guitars, designed with an arch similar to the arch found on violins. In the 1930’s Gibson was making acoustic guitars and hollow-body electric guitars. They made the only holly-body that was commercially available.

In 1944 Gibson Mandolin-Guitar Mfg. Co, Ltd. was bought by Chicago Musical Instruments, and they were acquired by the E.C.L. conglomerate who changed the companies name to Norlin Inc.

In 1948, Gibson hired Ted McCarthy as Vice President of the company and he become President in 1950, serving until 1966. This was “Gibson’s golden age of electric guitars.” McCarthy introduced Gibson’s solid-body guitar. The year was 1952, and, in spite of the fact that other guitar manufactures despised the concept, McCarthy went ahead, using their own design philosophy. Gibson worked with guitarist Les Paul and produced the Les Paul signature model in 1952. This become one of the best selling guitars of all time. In 158 McCarthy also came up with too very different shaped guitars, the Explorer and the Flying, neither of which took off until the late 1960’s and early 70s. The Firebird was made in the early 60s and was a much less extreme version of the “modern” guitar.

Gibson was purchase, in 1986, by its current owners, Chief Executive Officer Henry Juszkiewicz and its President, David H. Berryman. Gibson Guitar is a privately held corporation.

Gibson doesn’t only make guitars, they have a foundation, The Gibson Foundation that is the philanthropic arm of the Gibson Guitar Corp. and the people working with the foundation dedicate time and services to making the world a better place for children through the support of music, education, health and human services. The Gibson Foundation was founded in 1984 in Kalamazoo, MI and has been headquartered in Nashville since 1984. 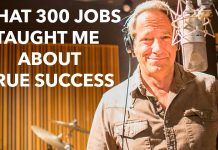 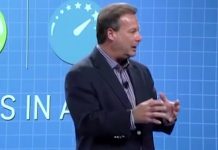