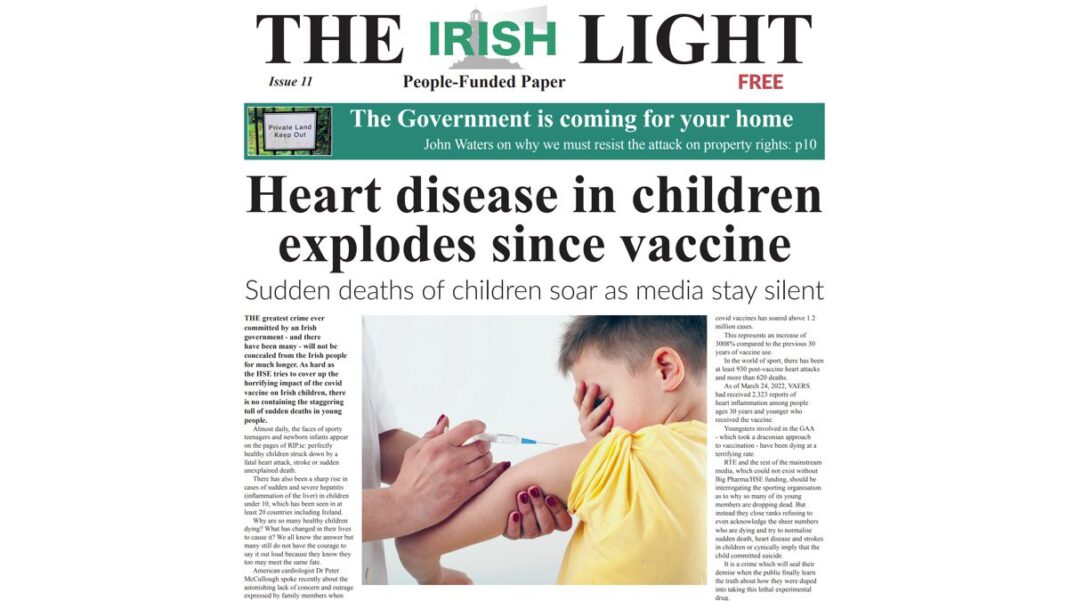 Increasingly shocking evidence of the impacts of what Ed Dowd suggests we should start calling a “mass democide” (death by government) continues to emerge.

In Part I of my “Reports from the Front Lines of the Vaccine Catastrophe,” I relayed first hand information from senior nurses who work in emergency rooms, hospital wards and intensive care units regarding unprecedented amounts of young people presenting with cancers, strokes, and heart attacks. For a brilliant, succinct layperson’s explanation as to the pathophysiology of how and why these medical events are occurring, please read this substack post by my friend and colleague Dr. Kevin Stillwagon (he is also an airline pilot).

My main source for the more detailed reports is a senior ER/ICU nurse who has been carefully observing and documenting the presentations and problems occurring in the care of vaccinated patients presenting to a major academic medical center. She has continued to discreetly and prudently extract information from a huge network of colleagues she has built over her career. She responded to my last post, adding new, even more alarming information. Here goes:

6/15/22: Thanks for getting my input out there. More cognitive dissonance showing, though. I’ll have more very soon – picked up a bunch of weekend night shifts on cardiac units – 2 separate ones.  I just found out they added multiple crash carts to every unit in entire hospital.  That costs a bundle.  And is another red flag.

One more thing….that VAXXED label is showing up for research participants, as I wondered if that were the case.  Can’t say that is the only use of the very prominent positioning of it on patient chart, as those were indeed “challenging cases” not otherwise explained. And nursing notes are still being used to note patient’s request to enter their vax lot numbers and which vax they received, and where if they obtained outside of our system – boosters as well. Pt just wants it noted in the chart – little do they know it doesn’t count. The commenter who said there are no billing codes for “vax injury” discussions is absolutely correct. The elephant in the room is simply not billable!

6/24/22: So crash carts first: One way to find out (whether they had indeed added more cardiac arrest carts) proved to be walking specific units. Yes, many were added, especially those whose unit design is one long, long hallway with no way to see who is close by when you hit the code (cardiac arrest alert) button or yell out for help – they had to populate with more carts.  Poor planning and design when built just a few years ago.  (But that doesn’t surprise, Pierre. For our massive cancer hospital, they never put oxygen access in the walls, NOR was the wall suction installed for nasogastric tubes, etc. The valves in rooms were never hooked to anything until …oops, last minute shut down of sections of each floor to fix that massive mistake .Delayed opening of cancer hospital and neuro floors –  Disaster.). So for the carts, they have added more mostly on poorly designed units, but those within the existing hospital structures they couldn’t change . We have off-shoot ICU sections that were late converts to ICU capability and they had to have cart augmentation for sure. Carts are often parked outside the rooms of those we expect a crash (cardiac arrest) at any time, or have arrested earlier in the shift. Change out and restocked and sits there just in case. So that cart is effectively dedicated to that patient for the shift at least.

Second was going to the supply coordinators who have to physically come up and change out each crash cart. Each time. Each unit, sometimes multiple times a night. For YEARS at night, there was only ONE person per whole section of hospital, often running them thru our underground tunnels to far flung sections. We have ATS (automated transport system) but crash carts are forbidden to be sent this way. They must be physically delivered and taken back the same way to be cleaned and restocked using a check off list, patient labels for charge items, etc. You know the process.

Since this increase in codes, even if cart was not cut open, they’ve had to hire dedicated supply coordinators at NIGHT and more pharmacy staff dedicated only to restock and verification/cross check status each cart – the integrity of each. Some drugs are no longer sent by pneumatic tubes and are being sent on cart, if not already in Pyxis (unit located pharmacy dispensing system for nurses). Someone must physically be with cart at all times in that case. I saw security with pharma staff and cart, just this weekend. Our old SICU area has its own separate way of handling carts and codes internally, so I do not count them. Transplant floor lung/heart – ECMO, etc  – already had multiples.

We have implemented universal beds (a standard hospital room that can be converted to ICU capability to take care of sicker patients) in almost every new part or renovated part since 2009. Flip the wall behind the patient and it’s fully converted.. But waiting for a new cart to come up when you only had two per unit and now multiple events – that was a liability they did not want to absorb. It’s not the expected-to-arrest and still full-code status patients that are circling (the drain), it’s the never expected to code patients – younger ones especially – that drove this decision.

Med Surg floors also got more carts, b/c they are getting more complex patients sent to them. I call it level-of-care-creep.. Greater complexity, but never have they altered the RN:Patient ratios to accommodate the higher level of care. Many RNs there are new, untrained to carry out orders now being placed for these patients whose illness or disease process they never would usually see on a Med Surg floor. They are pushing limits on allowable infusions, titration to higher doses, etc and it was a point of discussion that some nurses just are not comfortable. But, you fired a chunk of your staff who refused vax – they were the more experienced providers of all levels and you now have newbies who can’t manage the care levels especially when their patient ratios are not altered, no training. It’s a problem. Add in a few codes…. a mess. We have a very strong nurses union and this will be changed.   Asking newbie nurses to work out of their scope of training or needed certification puts patients in danger, especially when they have “weird issues” – Charge Nurse I’ve known for years on one of these units said they just have not seen the clotting issues they have now before, with difficulty doing peripheral blood draws on patients who she thought were just Covid recovered.  Turns out, looking at charts, they are reporting vax/boosters but IT’S IN THE NURSING NOTES WHERE PTS ARE REPORTING IT, and must be documented as a patient communication to Nursing. If they got vax/boost at our facilities, it’s already clear in the chart that it is so. She ( a senior head nurse did not even notice this fine little detail. It’s buried several layers down in the EMR (the hospitals electronic medical record system). So I believe many (nurses and doctors) are seeing them as unvaxxed, instead they are led to think it is just Covid-related issues post-recovery, as they are not seeing the patients real vax status. Supports that narrative of unvaxxed being cause of oh, EVERYTHING IN THE WORLD.

This last issue above (deeply explored in Part I) describes the inability of nurses to accurately document a patient as being vaccinated upon admission to the hospital.

This fraud has been crying out for an investigative reporter (out of the 10 left in the world) to look into who and how the Federal Health Agencies influenced the process for documenting vaccination status newly admitted hospital patients across the country. Electronic health record systems in major hospitals across the country followed the same (ridiculous) process: if you were vaccinated in a physicians office that was employed by that hospital, and the physician was connected to the same electronic health record, and the physician or nurse documented it in the electronic health record, you got recorded as “vaccinated”. However, if you had your vaccination anywhere else (most people), even if you had your vaccination card on you or could remember the date and location where you got the jab, you got documented as “unknown” on the main screen of the health record.