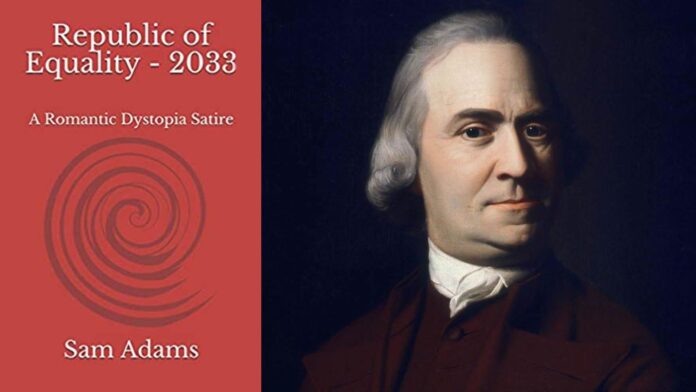 In 2033, the political activities and events of 2020 – 2021 are still celebrated as the “Soft Coup” and “Righteous Purge.” Back then, conservatives lost power and were attacked as racists, fascists and inciters of sedition, and were blacklisted, doxed, harassed, and kicked off social media. They lost jobs and faced mass political prosecutions under martial law without hearings.

But by 2033, most people, even liberals, are deeply cynical after a dozen years of one-party socialist totalitarian rule. The country is impoverished and so are most people. Yet the elite political class has massive wealth, fancy lifestyles with big homes in gated communities, private security guards, new cars and jets, and access to the Party’s private island for endless parties. Most people privately want to return to free speech, free enterprise and representative government, but few are willing to do anything as risky as joining the underground.

The Political Police are strong and sedition charges are serious. Everyone fears being sent to the Alaskan Reserve, a secretive massive gulag system for the worst deplorables. Yet hope and romance can still occur in 2033 dystopia. Tom is a recent college graduate and a rising young star in the Equality Party. Izzy, a college senior, wants to challenge Tom’s views and perhaps recruit him for the underground.

Republic of Equality – 2033 has humor and romance, political and cultural satire, some surprising twists and turns, and a happy ending.

Sam Adams is a pseudonym for an aging writer and amateur historian living a nomadic life, moving from country to country, last seen in Cornwall on the southwest coast of England.