Senate Minority Leader Mitch McConnell (R-Ky.) vowed on Sunday that Republicans would force President Joe Biden to govern as “a moderate” if they secure a majority in Congress in the upcoming midterm elections.

In an interview with Fox News, McConnell said the Biden administration “can’t seem to get their act together on economy,” citing a series of issues such as inflation, rising energy costs, and the decision to once again extend the freeze on federal student loan payments.

“This administration has really got its hands full and I think they’re headed toward a pretty good beating in the fall election,” he told host Dana Perino.

If Republicans regain control of the Senate and House this fall, McConnell said his party would make sure Biden governs from the center.

“Let me put it this way—Biden ran as a moderate,” McConnell said. “If I’m the majority leader in the Senate, and [House Minority Leader] Kevin McCarthy is speaker of the House, we’ll make sure Joe Biden is a moderate.”

“Well our agenda next year, if we’re fortunate to be in a majority, will be focused on exactly what you and I’ve been talking about,” he added. “Crime, education, beefing up the defense of our country.”

This is not the first time McConnell has criticized Biden for using what he called the “bait and switch” tactic of campaigning as a moderate and then veering to the hard left after taking the White House.

“I think the storyline on the Biden administration … could best be described as ‘bait and switch,’” McConnell said last April following Biden’s very first public address to a joint session of Congress. “The ‘bait’ was that he was going to be a moderate, a unifying force, and bring us all together. The ‘switch’ is that Bernie Sanders, for all practical purposes, won the debate in the Democratic Party over what it ought to look like.” 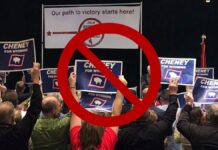 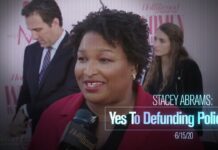 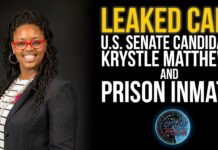