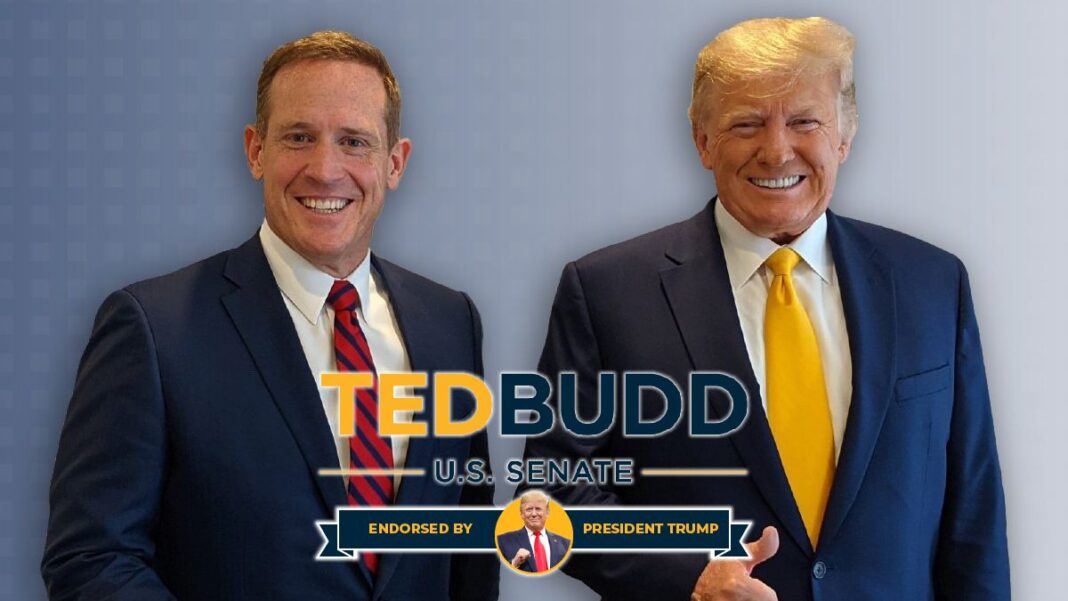 I am gravely concerned about our country’s future, because North Carolina families, our values, and our jobs are under attack every day in Washington. Joe Biden has proven to be extremely liberal and dangerously incompetent. The Senate is our last line of defense against the Left’s woke, socialist agenda and weak foreign policy. Putting America first is the only way that our country will succeed. I pledge to you that I will work for everyday families, not the elite or political insiders, and I will fight to restore the conservative, constitutional values that make this country great.

From the Green New Deal to Build Back Better, radical progressives are committed to implementing a costly socialist agenda that would break the free market… Read More

America is a generous country, allowing over one million people into our country every year—the right way. Ted has visited the Southern border multiple times… Read More

The radical left is trying to abolish police departments across the country. They are moving from socialism to complete anarchy. It’s dangerous, and Ted will… Read More

Ted believes hardworking taxpayers deserve to keep their hard-earned money. That’s why he fought for the Trump tax cuts which cut taxes for 90% of… Read More

Ted believes every life is precious and every person is made in God’s image. Science tells us that each of us is unique from conception,… Read More

As the owner of ProShots gun store and range, Ted is tired of politicians treating law-abiding gun owners like criminals. He will never waver in… Read More

Ted believes it should be easy to vote, but hard to cheat. He raised his voice in opposition to unelected bureaucrats changing election procedures, which… Read More

As a homeschool dad, Ted believes every parent in our country should have as many educational options for their children as possible. Democrats want the… Read More

Political censorship by Big Tech companies is out of control. Facebook, Twitter, and Google enjoy broad legal protections because they are considered platforms under Section… Read More

Ted Budd is a conservative with the courage to stand strong for what’s right — no matter how powerful the opposition. North Carolinians can trust Ted to fight against the Biden agenda. He won’t compromise our conservative values, he’ll fight for them. Scroll down to read more about Ted’s life as a conservative fighter, small business owner, and family man.

Ted grew up on a cattle and commercial chicken farm in rural Davie County. His parents were small business owners, and from an early age, Ted learned that hard work, family, and faith are the building blocks to success. Ted still lives on that farm today with his wife and three kids.

Ted met his wife Amy Kate in the former Soviet Union on a mission trip in 1991, the week before the collapse of communism. When they saw each other again in the United States, he asked her out to ride motorcycles and the rest is history. They still enjoy mission trips and continue to serve in their church.

Ted is committed to strengthening the family and recognizes the cultural battle we face to protect it. He’s a proud Eagle Scout Dad and served as an Assistant Scoutmaster. He and Amy Kate homeschooled their three children, and Ted served as a board member of North Carolinians for Home Education.

Ted is a small business owner. He knows what it’s like to have to meet payroll and Ted has first-hand experience with the challenges faced by job creators across North Carolina. After purchasing a closed gun store, Ted reopened it for local police to train nearby, and it is now a thriving shooting-sports retail store, training center, and indoor range.

An avid outdoorsman, Ted is a trained NRA Range Safety Officer and lifetime NRA and Grassroots NC member. He is a fiscal conservative with how he manages his business and he’s a fiscal conservative with how he manages your taxpayer dollars! The Council for Citizens against Government Waste named Ted a Taxpayer Hero for his “relentless and unwavering support of the fiscal interests of American taxpayers.”

A graduate of Appalachian State University, Ted earned a Masters in Business Administration from Wake Forest University where he was recognized as Mentor of the Year. He and Amy Kate both earned Masters degrees from Dallas Theological Seminary to acquire a Biblical lens for all of life. 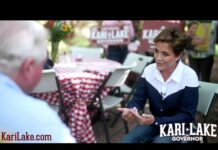 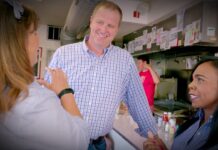