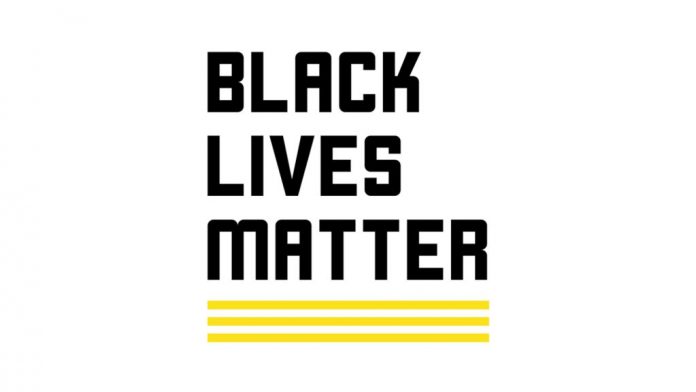 Anyone worth listening to agrees that black lives matter. But what does the organisation ‘Black Lives Matter’ stand for? Worryingly, for the 34,000 Brits who have topped up BLM UK’s coffers with over £1million in recent weeks, finding out is no easy task.

Despite being inundated with donations, BLM UK does not appear to have its own website [as of June 24, 2020] and is not a registered charity. What’s more, the group is resisting calls for it to become one. So why won’t it? ‘A charity structure would not allow us the freedom and flexibility to do our political work in the ways we wish to do them,’ according to BLM UK. What then is that political work? Here are 11 things that BLM UK advocates that might make some supporters think twice about backing the organisation:

This objective might come as a shock to many of those who have donated to the BLM cause. It might come as a particular surprise to Premier League footballers like Man City’s Kevin De Bruyne, whose shirt at Monday’s game against Burnley was emblazoned with the organisation’s slogan. De Bruyne is City’s top earner and is paid £350,000 a week. It is unlikely he would fare as well without capitalism.

BLM’s attempt to blockade Heathrow and London City airports in 2016 was greeted with widespread bemusement. Why was ‘Black Lives Matter’ trying to stop people going on holiday? The answer: ‘Climate crisis is a racist crisis,’ the group said on its Twitter feed. ‘Black people are the first to die, not the first to fly, in this racist climate crisis,’ it added.

‘Prisons and detention centres should be abolished,’ BLM UK has said. It seems likely that Britain’s 80,000 prisoners would approve, but do the thousands who have donated to BLM also back this policy? And what should happen to those convicted of violent crimes like murder if there are no prisons?

Conditions inside Britain's prisons are inhumane, over crowded and unsafe. Prisons and detention centres should be abolished #HMPBIRMINGHAM

4. BLM wants to get rid of borders

Britain’s borders are ‘enforced by extreme violence,’ according to BLM UK, which proposes that open borders might be the answer.

Not having a job is miserable, but is it really ‘violence’? Yes, according to BLM UK.

Unemployment is violence
The levels of poverty that exist in this country: that’s violence.
Increasing racist stop and search in our communities? Violence

Tragically, a quarter of those killed with a knife in Britain last year were black. This is the highest proportion since records began more than twenty years ago. Stop and search is far from perfect but it is a key strategy for police to ensure that more black teenagers don’t have their lives cut short. Yet BLM describes an uptick in what it calls ‘racist’ stop and search as ‘violence’.

Unemployment is violence
The levels of poverty that exist in this country: that’s violence.
Increasing racist stop and search in our communities? Violence

7. BLM wants to get rid of the police

8. BLM says the government appointment of a Pakistani heritage woman is ‘racist’

Munira Mirza is something of a great British success story. Mirza, a working-class northerner of Pakistani heritage, was the only pupil in her sixth form to win a place at Oxford. Mirza now heads up the No.10 policy unit. So how did BLM react when she was tasked by the PM with setting up a commission on racial inequality? ‘This appointment is racist,’ BLM UK said.

Never forget, this is their official response to #BlackLivesMatter protests. Now is not the time to cool down. We must keep fighting. https://t.co/wCwpyjbA54

Suffragettes ultimately secured the vote for women in Britain. A progressive step? BLM UK doesn’t appear to be convinced: ‘Despite what you might’ve learned at school, many suffragettes were also working to advance White power,’ the organisation has tweeted.

Despite what you might've learned at school, many suffragettes were also working to advance White power https://t.co/a188bFZdgj

Without Churchill it seems all but certain that Britain would have lost the war to Nazi Germany. And yet while Churchill was clearly no saint, is it fair to describe him – as BLM does on its Facebook page – as ‘staunchly racist’?

‘Big charities are nothing more than colonisers repackaged for the 21st century,’ according to BLM on its official UK Facebook page.

As a result of some of these policies, aims and statements coming to light, there is growing disquiet among supporters who have stumped up cash only to discover what BLM UK really stands for. BLM UK is also continuing to resist calls to be more transparent about its leadership because of concerns about a possible threat from far-right activists. Instead, in responding to questions about who runs it, BLM UK says: ‘We assure you all organisers involved with BLM UK are Black (not politically black, Black and of the African and Caribbean diaspora) and the funds raised will be diligently used to transform the nature of Black life in the UK.’

Will that be enough to reassure those people who agree that black lives matter but don’t buy into the Black Lives Matter political project?