All right, this video is really designed, this is a new information by the way, you probably seen it start getting around. I wanted to cover because I believe that it’s worthwhile to update people who are oblivious, and some of that and being oblivious is by choice, okay. And I want to be very clear about that. A lot of people choose not to see what is there, because they are afraid of what’s going to be more so uncovered. Definitely when their opposition to people that have been telling them this are in the right, okay. So, let’s watch this. I’m going to give you my thoughts. I’m going to wrap  everything up. After we watch this. I lets take a look real quick. This is Patrice Cullors, Cullors (Patrice Khan-Cullors). I have no idea how to say her name. She’s one of the founders of the Black Lives Matter, the organization that is, the move, not the, look there’s a separation between, when people just say Black Lives Matter generically, it’s kind of veered off into its own movement just so people that don’t even really understand that there is an organization in some cases, but, so there not the exact same, obviously they’re connected, but they’re not the exact same. What talking about specifically a founder of one of the, one of the three founders of the movement or the organization, more so, excuse me, in Black Lives Matter. So let’s, let’s a, let’s, let’s take a look at what, she’s appearing on some guys network. I’m not familiar with who this guy is, who this guy is but she’s appearing on this dude’s network talking about these different things.

Concern that a there is, there’s a lack perhaps of ideological direction in Black Lives Matter that would allow it to be to to to fizzle out as he said in comparison to Occupy Wall Street. As you all are advancing in your own organization as you are all headed to Cleveland to participate in this Black Lives Matter movement conference, How do you respond to that particular critique? Again a loving critique from an elder of the struggle that some others share, that I’ve even shared as well, to be frank, is a concern about, in part because of the co-optation and and the appropriation, that, that a more clear ideological structuring might be of some value here. But how do you respond to, to, to those kinds, again, loving criticisms?

And so before she answers, basically what he is asking is, there’s people that have been within even this a movement or struggle that has criticized Black Lives Matter in terms of not having really any ideological direction, and, you know, he, he saying like maybe that has to attribute to like people co-opting the movement and making it theirs and they’re own and he said that he’s criticized this in the past, so one of the founders, Patrisse, she’s about to answer that specific question, as far as them not having, or this criticism that they don’t really have an ideological like Foundation.

Um, I think that the criticism is helpful, um, I also think that it might, um, I think of a lot of things. The first thing I think is that we actually do have an ideological frame. Myself and Alicia [Garza] in particular are trained organizers. We are trained Marxist. Um, we are a super firsts on sort of  ideological theories.

So basically she just flat-out said it. That’s what they’re ideal, she mentions Alicia, that’s another founder, one of the, two, that’s two founders right, that she said. She didn’t mention the other, but two of them are admitting right there, their ideological foundation. Their ideological Foundation is Marxism. They are trained Marxist. That’s exactly what, she just admitted, she  just said it. That wasn’t a secret, I’mean, I mean I’ve long known that but for those of you that have been on the fence with this, you heard it from the horse’s mouth. So this is why it’s not actually even a co-op. So even, sometimes I misspeak, and I kind of suggest that. I don’t necessarily just say that, but I kind of alluded to it, let’s say that. But it’s not necessarily a coop when we talk about these white leftist communist and so forth. It’s not a co-op. That’s what they believe in. So all of you crackheads that have been centering your last two weeks of your life donating to this organization. You need to understand what you’ve been funding. You have been funding Marxism, okay! It’s not a secret. So some of you guys are proud of that, iInclude people in my, in my genre, metalcore, hardcore because everybodies virtue signaling. So they would sell merch, half of the proceeds, if not all of the proceeds going to where, Black Lives Matter. You are funding Marxists, okay. So some of  you guys are proud of that, whatever. But a lot of you guys will deny that is the case because you know we when people call that communism we call that Marxism. People think that it’s just like, your just saying it, right. Everybodies a communist, like McCarthyism. Speaking of McCarthyism, but. Anybody that can pick up how they navigate would have been long able to sniff this out. You’ve been funding Marxist. Admit it, trained Marxist. She just told you, bro. Admit it, trained Marxist and I think this is a failure of education. This is why the state shouldn’t monopolize, because Marxism is an ideolog, ideology, excuse me, that has killed millions upon millions of people. Now we look at nazism and we see that as an objectively bad thing, as we should, cuz it is objectively bad. It’s not a good thing.

But you look at Stalin Zedong Mao, Pol Pot, spots of pockets in Africa, all over the world. This  ideology has a body count that far surpasses nazis. Now I would say they’re close together. Now that’s another thing. Schools, they teach you like as if Nazism and communism are on two completely different sides of the political Spectrum which is silly when you consider that for a long period of time socialism and communism were interchangeable terms. And then you look at Godfather’s of fascism like Mussolini, who was a Marxist. Nonetheless, that’s all the difference, was inter, was international socialism, one’s more of a national form of socialism. That’s it, that’s really the difference. However, communism, communism, Marxist have a body count that is unlike anybody else in recent history. And you have people who are parading around as if this is a good ideology to adopt. This anti-property rights anti-voluntary exchange, anti-self ownership in certainly anti-non-aggression. This, I think a lot of people, and this is sort of had leftist, more mainstream leftists like Democrats who may not be Marxists per se, but they foster this culture, right. They foster this a, these sorts of people, because they’ve been used they are useful idiots. Now we’re seeing a point with with with some of the things that I breaking out around the country, you’re seeing that the people that are like that they’re running the Asylum now in a sense, but that’s partially because, you know, Democrats and mainstream leftists have fostered this. They coddled these guys, they protected these types, said that they weren’t what they were, oh you’re just you just being overdramatic. Why would you say that? Do you think that is just some, some coincidence that groups like um, or people that are proudly, which is another kind of less organized group, you know. You look at what you guys consider Antifa. It’s not, it’s not a secret as to why they latch their wagon onto like Black Lives Matter because they’re both with the black and red. So a lot of you who have been signaling your pants off have been donating money to Marxism. Now a lot of you guys are okay with that and that’s fine, it’s not fine, but, you know, whatever some of you guys are proud. That’s not necessarily who I’m actually talking about. I’m talking to one of, some of you other guys who’ve been very dishonest, even going as far as to claim people are lying when they say that this movement is attached to Marxism. That’s exactly what it’s attached to. So you can sit up here and be mad, be upset. I gave it to you right from the horse’s mouth. And I can say, that’s not news, it’s just got to update your resume if you will, show y’all, that this is what it is. So don’t sit up here to try to be lecturing people about this. This is just what it is, and a lot of you guys have been funding them. And some of you guys are proud, some of you got egg on your face. I don’t care either way. Marxism is a deadly ideology. It should be shunned. It should be shamed and I absolutely will continue to do so. 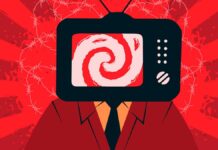 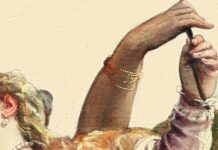