Home Previews Media Rewind, Review, and Re-rate: ’Tomorrow, the World!’: Indoctrination Is a Threat, Even... 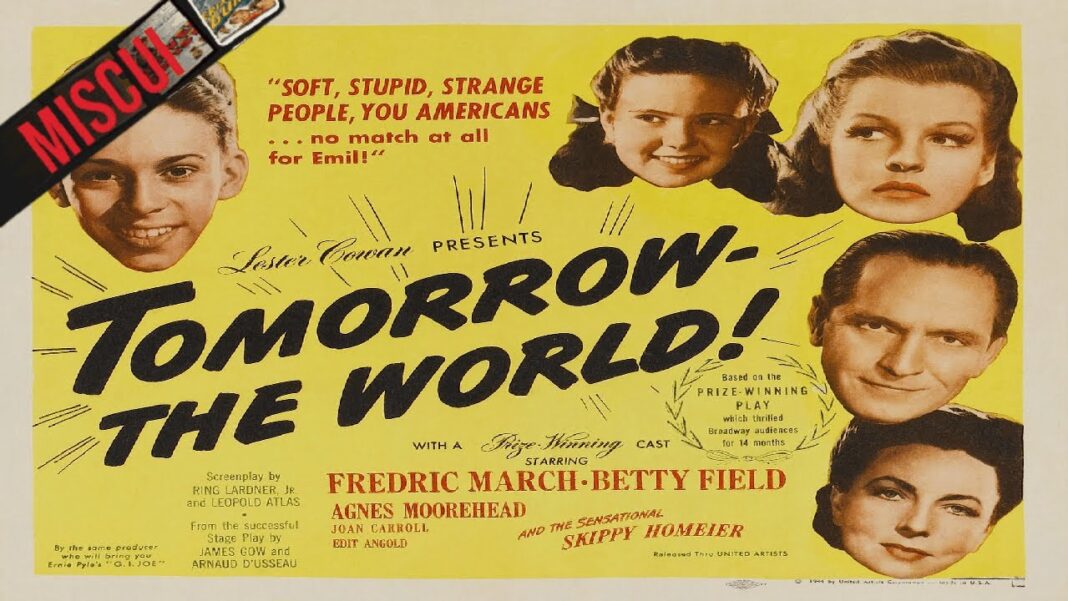 The year 2023 marks the 80th anniversary of the Broadway play “Tomorrow, the World!” that inspired the eponymous film that critiques the insidious impact of fascist propaganda.

Emil’s intransigence shocks them, but what strikes them more is his borrowed falsehoods about his late father Karl, killed in a concentration camp for defying Nazism and upholding tolerance and peace. Emil appears to have unquestioningly swallowed Nazi propaganda that Karl was a traitorous coward who’d committed suicide.

To Leona, his new teacher at school, Emil looks like any other 12-year-old, but speaks and acts with malice beyond his years. Even his games mirror Hitler’s maxim of domination, “Today Germany, tomorrow, the world.”

Pat’s Aunt, Jessie (Agnes Moorehead) is cold to both. Mike loves Leona but dismisses her concerns about Emil, bound by a sense of obligation as his new guardian. Pat showers Leona with fondness and Emil with affection, introducing him to schoolmates, bearing no grudges, buying him a gift, and orchestrating a party for his birthday.

Before he’s told that she’s Jewish, Emil shakes Leona’s hands warmly, “You are most kind.” When he sees her as merely American, he’s blind to her Jewishness. Likewise, that he’s German, suffices for Jessie to detest Emil and want to “exterminate” the German race, well before she discovers that he’s a little Nazi.

Emil tries to befriend the maid Frieda because she’s German, before realizing she’s not, by default, also a Nazi. Convinced that boys are superior to girls, he tries to bully Pat into betraying Mike’s confidential work with the American military.

Through his film, director Leslie Fenton is saying: our humanity should matter above every other identity whether that’s race, or nationality, or gender. An obsession with identity is just a label, or two, shy of fascism. Both are about controlling, who does what and how and why—a frenzy to control born of a fear of losing control. 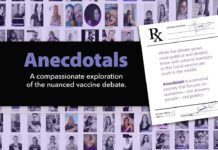 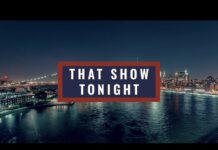