Rigged: The Zuckerberg Funded Plot to Defeat Donald Trump looks at the nearly $400 million Zuckerberg spent nationally in voter operation efforts, particularly in the battleground states of Wisconsin, Arizona, and Georgia. 42,000 votes in those three states are the reason Joe Biden is president. ~ Citizens United

David Bossie of Citizens United talks to host Steve Bannon about his new film, ”Rigged,” an expose of how Mark Zuckerberg and his wife spent hundreds of millions of dollars to corrupt the 2020 election. Starting On Monday, April 4, 2022 you can watch the film at www.Rigged2020.com.

Since 2004, Citizens United Productions has produced 27 hard-hitting and insightful documentary films, including the award-winning Ronald Reagan: Rendezvous with Destiny, and Nine Days That Changed The World, hosted by Newt and Callista Gingrich.

Other notable titles include Perfect Valor with the late Fred Thompson; The Gift Of Life with Mike Huckabee; Border War; Generation Zero; and Hillary The Movie, the catalyst for Citizens United’s landmark victory for free speech rights at the U.S. Supreme Court. 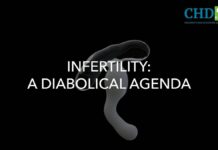