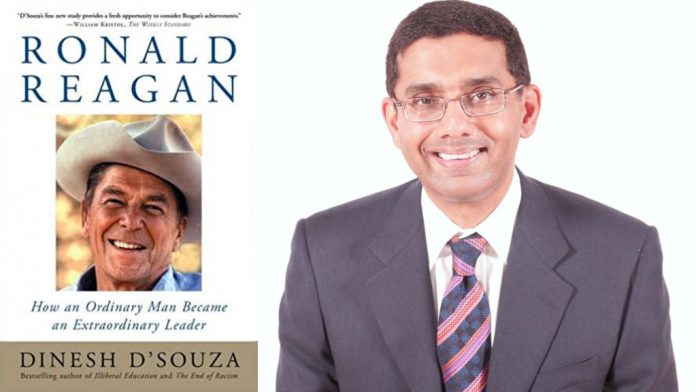 In this enlightening new look at one of our most successful, most popular, and least understood presidents, bestselling author and former Reagan aide Dinesh D’Souza shows how this “ordinary” man was able to transform the political landscape in a way that made a permanent impact on America and the world. Ronald Reagan is a thoughtful and honest assessment of how this underestimated president became a truly extraordinary leader.

Rush Limbaugh An unforgettable portrait of Reagan the man, and an exposé of his critics from which they will never recover.

David Gergen Editor-at-Large, U.S. News & World Report D’Souza provides timely and illuminating answers to the riddle that has stumped so many others: why this ordinary man rode so tall in the saddle as President.

P.J. O’Rourke author of Parliament of Whores The best story I have read in years, and the truest.

Tom Wolfe author of The Bonfire of the Vanities This marvelous book will drive the intellectual establishment — the conservative cadre as well as the liberal legions — straight up the wall. It convincingly demonstrates Ronald Reagan’s moral, political, and — yes! I’m afraid so! — intellectual superiority to the entire lot of them.

Dinesh D’Souza has had a twenty-five-year career as a writer, scholar, and public intellectual. A former policy analyst in the Reagan White House, D’Souza also served as John M. Olin Fellow at the American Enterprise Institute, and the Robert and Karen Rishwain Fellow at the Hoover Institution at Stanford University. He has been named one of America’s most influential conservative thinkers by the New York Times Magazine, and Newsweek cited him as one of the country’s most prominent Asian-Americans.