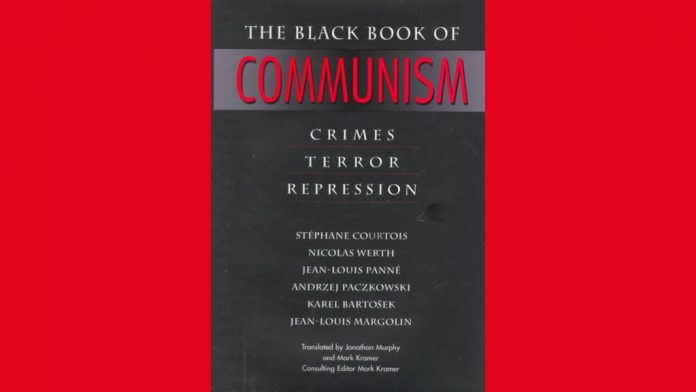 Already famous throughout Europe, this international bestseller plumbs recently opened archives in the former Soviet bloc to reveal the actual, practical accomplishments of Communism around the world: terror, torture, famine, mass deportations, and massacres. Astonishing in the sheer detail it amasses, the book is the first comprehensive attempt to catalog and analyze the crimes of Communism over seventy years.

“Revolutions, like trees, must be judged by their fruit,” Ignazio Silone wrote, and this is the standard the authors apply to the Communist experience―in the China of “the Great Helmsman,” Kim Il Sung’s Korea, Vietnam under “Uncle Ho” and Cuba under Castro, Ethiopia under Mengistu, Angola under Neto, and Afghanistan under Najibullah. The authors, all distinguished scholars based in Europe, document Communist crimes against humanity, but also crimes against national and universal culture, from Stalin’s destruction of hundreds of churches in Moscow to Ceausescu’s leveling of the historic heart of Bucharest to the widescale devastation visited on Chinese culture by Mao’s Red Guards.

As the death toll mounts―as many as 25 million in the former Soviet Union, 65 million in China, 1.7 million in Cambodia, and on and on―the authors systematically show how and why, wherever the millenarian ideology of Communism was established, it quickly led to crime, terror, and repression. An extraordinary accounting, this book amply documents the unparalleled position and significance of Communism in the hierarchy of violence that is the history of the twentieth century.

“An 800-page compendium of the crimes of Communist regimes worldwide, recorded and analyzed in ghastly detail by a team of scholars. The facts and figures, some of them well known, others newly confirmed in hitherto inaccessible archives, are irrefutable. The myth of the well-intentioned founders–the good czar Lenin betrayed by his evil heirs–has been laid to rest for good. No one will any longer be able to claim ignorance or uncertainty about the criminal nature of Communism, and those who had begun to forget will be forced to remember anew.” ~ Tony Judt, New York Times

“When The Black Book of Communism appeared in Europe in 1997 detailing communism’s crimes, it created a furor. Scrupulously documented and soberly written by several historians, it is a masterful work. It is, in fact, a reckoning. With this translation by Jonathan Murphy and Mark Kramer, English-language readers may now see for themselves what all the commotion was about.” ~ Jacob Heilbrunn, Wall Street Journal

“The Black Book of Communism, which is finally appearing in English, is an extraordinary and almost unspeakably chilling book. It is a major study that deepens our understanding of communism and poses a philosophical and political challenge that cannot be ignored. The book’s central argument, copiously documented and repeated in upwards of a dozen different essays, is that the history of communism should be read above all as the history of an all-out assault on society by a series of conspiratorial cliques led by cruel dictators (Lenin, Stalin, Mao Zedong, Kim II Sung, Pol Pot, and dozens of imitators) who were murderously drunk on their own ideology and power…Courtois and his collaborators have performed a signal service by gathering in one volume a global history of communism’s crimes from the Soviet Union to China, from the satellite countries of Eastern-Europe to Vietnam, Laos, Cambodia, and North Korea, and to a lesser degree in Latin America and Africa…The Black Book is enormously impressive and utterly convincing.” ~ Michael Scammell, New Republic

“To the extent that the book has a literary style, it is that of the recording angel; this is the body count of a colossal, wholly failed social, economic, political and psychological experiment. It is a criminal indictment, and it rightly reads like one.” ~ Alan Ryan, New York Times Book Review