About Secular Democrats of America

Secular Democrats of America is a federal political action committee that represents secular Democratic individuals and organizations. We advocate for secular governance, promote respect and inclusion of nonreligious Americans, and mobilize nonreligious voters. We support and empower our members with the resources, training, and support network they need to make an impact.

The Secular Democrats of America PAC (SDA) has prepared this document for the Biden-Harris campaign to provide recommendations that will not only reverse the damage done by the Trump administration but boldly restore a vision of constitutional secularism and respect in the land for religious and intellectual pluralism.

We urge you to lead our nation on a path that revives the Founders’ vision of religious freedom in our government and promotes a unifying patriotic pluralism—not dogmatic religious chauvinism—in American society. We believe that this is a moment not only to enact policies to advance constitutional secularism but to position the Democratic Party to take back the mantle of religious freedom and pluralism from the Republican Party. As people of private religious faith and public constitutional faith, President-elect Joe Biden and Vice President-elect Kamala Harris can bridge the deep divisions that President Trump has exploited and exacerbated over the past four years. Biden and Harris can bring millions of Americans of all faiths and millions of nonreligious Americans together around a shared vision of government seeking the common good while defending religious pluralism and the unbridled freedom of conscience.

We urge you not to underestimate the institutional strength of what we refer to (interchangeably) in this document as the “Christian nationalist movement” or the “religious right.” This movement is extraordinarily well-funded and well-organized, and the manifestation of its extreme and sectarian agenda is on constant display under the Trump-Pence administration. Its political ideology is anti-democratic and anti-scientific. It provides constant cover for white supremacy. And it advances a reactionary economic policy, tax policy, and dominionist view of the environment that undermines our capacity and will to address the climate crisis. Its agenda rests on a pinched interpretation of biblical principles preached by Christian nationalist leadership and thought leaders. With their political agenda sanctioned by a higher power, their base of support is disciplined, motivated, and deeply committed to a vision that does not align with our basic constitutional values and democratic principles.

We ask that you counter this movement’s narrative by actively working to dismantle its grip on our government and counter its inaccurate and revisionist messaging around our nation’s founding. It is no longer enough just to champion the rights of minorities and marginalized communities or to promote inclusion and equality. We urge you to champion America’s original constitutional secularism and the separation of church and state as core governing principles that protect religious freedom for people of all faiths—and none at all. We implore you to help educate the American public by reasonably defining what religious freedom really means: that every American has a right to practice his or her religion without interference, but no religious group can impose religious dogma or orthodoxy on other

citizens and other faiths and belief systems. Americans of all spiritual faiths and of secular beliefs must recognize that the founding constitutional principles of religious free exercise and no establishment of religion are intertwined and stand best when they stand together. The constant entanglement of religion and government—promoted by the religious right and intensified by the Trump administration—sweeps far beyond hot-button “culture war” issues like abortion and contraception. It permeates every aspect of government policy— healthcare, public and private education, foreign policy, tax policy, environmental policy, military policy, and more, all of which will be addressed in this document.

Policy decisions that should be guided by science and evidence—on matters ranging from climate change to comprehensive sex education to federal funding for stem cell research— have been skewed or blocked entirely by powerful religious interest groups and further undermined at every turn by the Trump administration. There is no example more grave than this administration’s lethal mishandling of the COVID-19 global pandemic, which has brought death to hundreds of thousands of Americans. Disregard for science and disdain for expertise have reached an all-time high in this Administration of magical thinkers and conspiracy theorists, but these policy distortions did not begin with the Trump administration and will not end without deliberate action to restore rationalist, scientific and pragmatic policy methods and judgment. We believe that now is the right time to make the case for reviving a Jeffersonian approach to governance that favors reason, science, and evidence, and to disentangle government policy from the influence of sectarian religious interests that have become dangerously entrenched at all levels of government.

The remainder of this document will focus on four major areas that are critical to secularists and the nonreligious community. The first three are areas where we believe President Trump has violated basic constitutional principles and elevated religious privilege over the Bill of Rights and the common good. The fourth area of focus is protecting the rights and dignity of nontheists. Nontheistic Americans and non-Christian religious minorities, like most Americans, care deeply about and contribute immensely to their country. And like all Americans, they deserve to be both fairly recognized and respected.

For far too long, the religious right has scapegoated nonbelievers, falsely stating that nonbelievers believe in no public morality while at the same time framing advocacy for our original secular values—science, pluralism, the rule of law, the right to dissent—as an attempt to impose our beliefs on society. When our community is attacked, we ask you to stand with us just as President Barack Obama stood with us on a number of occasions when he made history by mentioning nonbelievers positively in his public remarks and going out of his way to include nonbelievers in the democratic community.

We are optimistic that, under your leadership, it will no longer be a momentous and historic occasion when nontheists are acknowledged and treated with equal respect with our brothers and sisters of faith. According to Gallup, the most mistrusted religious minorities in the United States are atheists and Muslims. Acknowledging the rights and dignity of these communities would have a bottom-up effect. We hope that you share our belief that government secularism is a core constitutional principle indistinguishable from religious freedom. We believe that there can never be religious freedom in the United States without the separation of church and state, and that constitutional secularism allows pluralism to thrive in our nation.

Thank you for your consideration and for your leadership. We stand ready to provide support and additional information.

Secular Democrats of America PAC: A Blueprint for the Biden-Harris Transition PDF 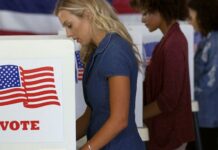 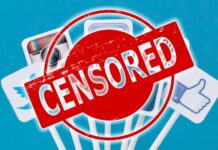 Why canceling Dr. Seuss is a threat to all evangelicals: Praying...