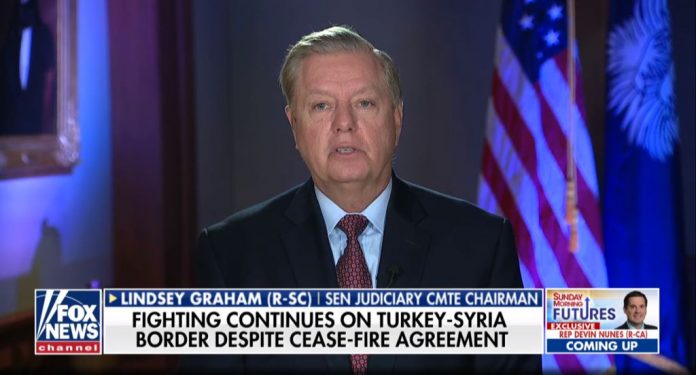 South Carolina Republican Sen. Lindsey Graham weighs in on Syria’s invasion of Turkey, saying he is increasingly optimistic about a historic solution in Syria. He also discusses a State Department report finding hundreds of violations in Hillary Clinton’s email scandal and the Trump-Ukraine controversy.