Sen. Kyrsten Sinema (D-Ariz.) on Wednesday defended the filibuster as an essential tool and confirmed she will not vote to abolish it.

The filibuster “is a tool that protects the democracy of our nation, rather than allowing our country to ricochet wildly every two to four years back and forth between policies,” Sinema told reporters in Arizona after touring the border with Sen. John Cornyn (R-Texas).

Some leftist activists and media members have pressured Sinema and other Democrats to end the filibuster, asserting President Joe Biden cannot accomplish his agenda if Republicans keep blocking many of his legislative priorities.

“To those who say that we must make a choice between the filibuster and ‘X,’ I say, this is a false choice,” Sinema told reporters. “The reality is that when you have a system that is not working effectively … the way to fix that is to fix your behavior, not to eliminate the rules or change the rules, but to change the behavior.”

The filibuster refers to when a senator or senators request a three-fifths vote to end debate on a bill. Unless 60 senators agree to end the vote, the bill is not acted upon.

Currently, the Senate has 50 Republicans and 50 Democrats or nominal independents who regularly vote with Democrats. Vice President Kamala Harris can cast tiebreaking votes in her role as president of the Senate.

Some on the left want Democrats to abolish the filibuster so that Biden’s priorities can be achieved even without Republican support.

“Its current abuse by Mitch McConnell has turned the Senate into a cesspool of partisanship, gridlock, and dysfunction,” the group added, referring to the Senate’s top Republican. 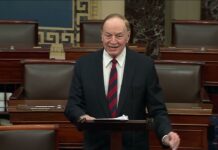 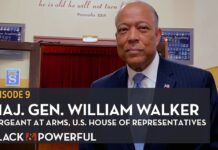