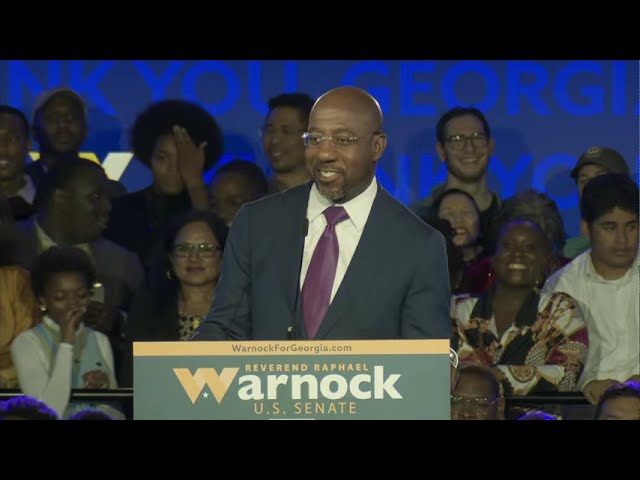 Warnock’s projected victory was narrow. With 99 percent of the estimated vote counted in the race, he led Walker by 50.8 percent to 49.2 percent, according to Edison Research, while The Associated Press featured similar numbers. “Let’s celebrate for a little while on this mountain. Let’s dance because we deserve it. But tomorrow we go back down into the valley to do the work,” Warnock told supporters.

Currently, the Senate is tied at 50–50 with Vice President Kamala Harris serving as a tie-breaker for Democrats in the upper chamber. With 51 seats after Warnock’s win, Democrats now have an outright majority and won’t have to rely on Harris for key legislative initiatives.

Democrats will now have more governing power in the Senate because the 50–50 tie had led to a power-sharing agreement with Republicans and gave the GOP significant leverage.

For each committee—such as the Senate Judiciary Committee or Intelligence Committee—Democrats will now hold majorities. That will allow the party to process legislation and President Joe Biden’s nominations much more quickly. Currently, committees are evenly split, giving Republicans greater ability to stymie Biden’s legislative agenda and judicial picks.

Meanwhile, should a Supreme Court seat suddenly become vacant, Democrats would have an easier time pushing through a Biden-backed judicial nominee. They would only need a simple majority to confirm a justice, meaning Senate Majority Leader Chuck Schumer (D-N.Y.) would need just to vote.