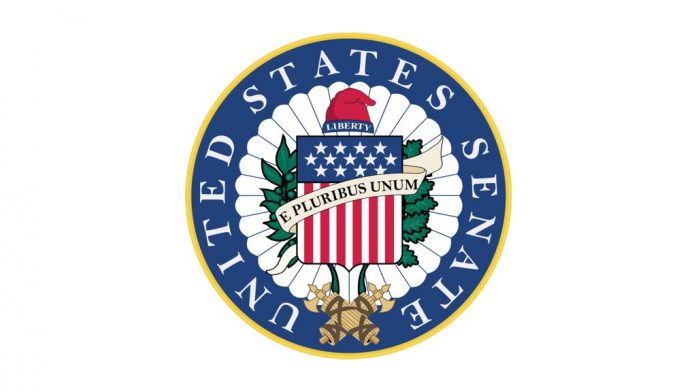 “On January 20th, in one of the first official acts of his presidency, Joseph Biden suspended border wall construction and ordered a freeze of funds provided by Congress for that purpose. In the weeks that followed, operational control of our southern border was compromised and a humanitarian and national security crisis has ensued. The President’s actions directly contributed to this unfortunate, yet entirely avoidable, scenario. They are also a blatant violation of federal law and infringe on Congress’s constitutional power of the purse,” the senators wrote.

“We write regarding these actions. We believe they violated the Impoundment Control Act (ICA), as interpreted by your office, and we request your legal opinion on the matter. Prompt action to end these violations is required to restore order at the border,” the senators continued.

Due to efforts by the Trump Administration to secure the southern border with new infrastructure, illegal crossings in the Yuma Sector decreased by 87 percent from Fiscal Year 2019 (FY19) to FY20 in areas with new border wall system. In the Rio Grande Valley Zone 1, an area that did not previously have border infrastructure, U.S. Customs and Border Protection (CBP) saw a 79 percent decrease in apprehensions and a 26 percent decrease in narcotics seizures after completion of the border wall. Additionally, in El Paso Zone 14 and 15, CBP saw 60 percent and 81 percent decreases in apprehensions, respectively, when comparing the second half of FY20 to the first half of FY20.

Currently, CBP is overwhelmed and overcapacity. Reports indicate that nearly all border patrol sectors are above 100 percent capacity, with some sectors double, triple or at even significantly higher levels of overcapacity.