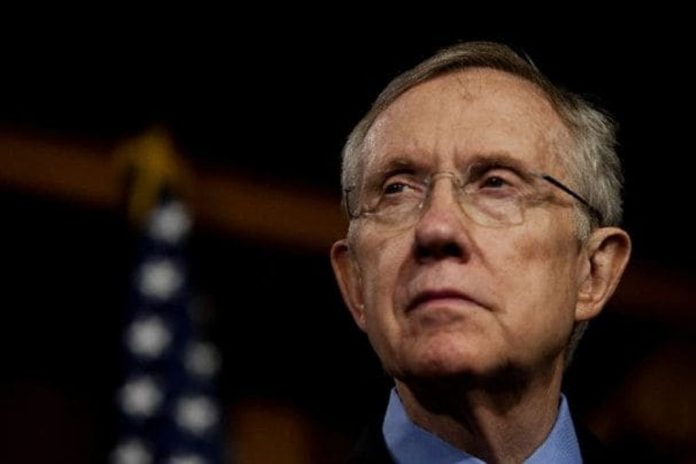 The penalties Americans will be required to pay under Obamacare for going without health insurance were declared constitutional in a U.S. Supreme Court decision that hinged on Chief Justice John Roberts’ assertion that the assessments are taxes.

But a legal challenge to the federal government takeover of health-care decision-making says that’s a problem, because Harry Reid created the Obamacare legislation, with all of its new “taxes,” in the U.S. Senate.

The Constitution requires any tax bills to begin in the House.

The demand for an explanation is being raised in an amended complaint filed by the Pacific Legal Foundation, which is representing a man who believes the new bureaucracy isn’t legal.

“If the charge for not buying insurance is seen as a federal tax, then a new question must be asked,” said Paul J. Beard II, the principal attorney for the organization.

When lawmakers passed the Affordable Care Act, with all of its taxes, “Did they follow the Constitution’s procedures for revenue increases?” Beard asked.

The Supreme Court wasn’t asked and didn’t address this question, he noted.

“The question of whether the Constitution was obeyed needs to be litigated, and PLF is determined to see this important issue all the way through the courts,” he said.

But Reid introduced the tax plan in the Senate, not the House, as the Constitution’s Origination Clause requires for new revenue-raising bills, in Article I, Section 7, the legal team argued.

The plaintiff in the case is Iowa small business owner Matt Sissel, who chooses to pay for medical expenses on his own. He objects “on financial, philosophical, and constitutional grounds to be ordered by the federal government to purchase a health care plan he does not need or want, on pain of financial penalty.”

“I’m in this case to defend freedom and the Constitution,” said Sissel. “I strongly believe that I should be free – and all Americans should be free – to decide how to provide for our medical needs, and not be forced to purchase a federally dictated health care plan. I’m very concerned about Congress ignoring the constitutional roadmap for enacting taxes, because those procedures are there for a purpose – to protect our freedom.”