Kagan’s decision on Wednesday is granting an emergency application that Ward and her husband filed earlier in the day seeking to prevent their phone records from being turned over to the Jan. 6 committee, after a lower appeals court, the U.S. Court of Appeals for the 9th Circuit, voted 2-1 to deny her request.

Ward had argued that her First Amendment rights would be challenged if the committee found out whom she spoke with following the November 2020 presidential election.

She and her husband were among 11 Republican Arizona residents on an alternate slate of electors for former President Donald Trump. The group cast alternative Electoral College votes showing that Trump had won Arizona, after the state had certified the election in favor of President Joe Biden. At the time, Ward said the electors believe they “represent the legally cast votes” in Arizona.

The Jan. 6 committee’s subpoena is seeking the phone records as part of its probe into Ward’s role as an alternate elector.

The Wards in court papers on Wednesday characterized the Jan. 6 probe as a politically motivated one that carried “profound precedential implications” for a person’s constitutional right to free political association. 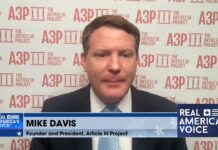 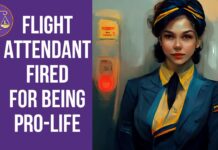