On the I-57 highway through Illinois, time seems to go backward with each southbound mile.

The houses and cars in the yards get older. As years pass, town populations shrink. Eventually, homes turn back into piles of disconnected wood and glass, then empty lots. At the end of the highway, the town of Cairo slowly sinks back into the confluence of the Mississippi and Ohio rivers.

A town of 15,000 people in the 1920s, Cairo now houses fewer than 2,000 residents. Today, the town is so silent that the few voices heard while walking the streets underscore its emptiness.

Cairo’s citizens live between abandoned buildings and walk sidewalks covered in burrs. Many work in Missouri or Kentucky.

Glenn Collier is one of the few Cairo residents with a job in the city. He’s a general contractor. Although he has lived in Cairo for most of his life, he said he only stays because he has family in the area.

“The closest place that you’ll find a job around here is probably 30 miles away,” Collier told The Epoch Times.

Even Cairo’s gas stations have gone out of business, and residents buy their food from the local Dollar Store, Collier said. The nearest grocery store selling unprocessed meat is miles away.

Over the past 30 years, Alexander County, where Cairo is located, has lost nearly a third of its population. Although not all southern Illinois counties have experienced such a drastic loss, all are shrinking.

It’s tempting to blame this population loss on the “rural decay” trends that afflict many other places in the United States. But according to the people who live there, what’s happening in southern Illinois, locally known as “Little Egypt,” is the result of decades of destructive government policies.

Just across the Mississippi River, some Missouri counties are growing. And none of Missouri’s counties have lost population at the same rate as the fastest-shrinking southern Illinois counties. 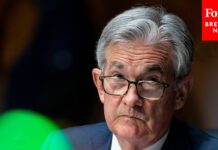 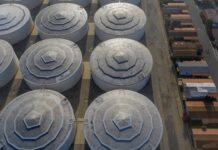 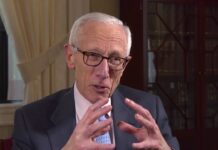