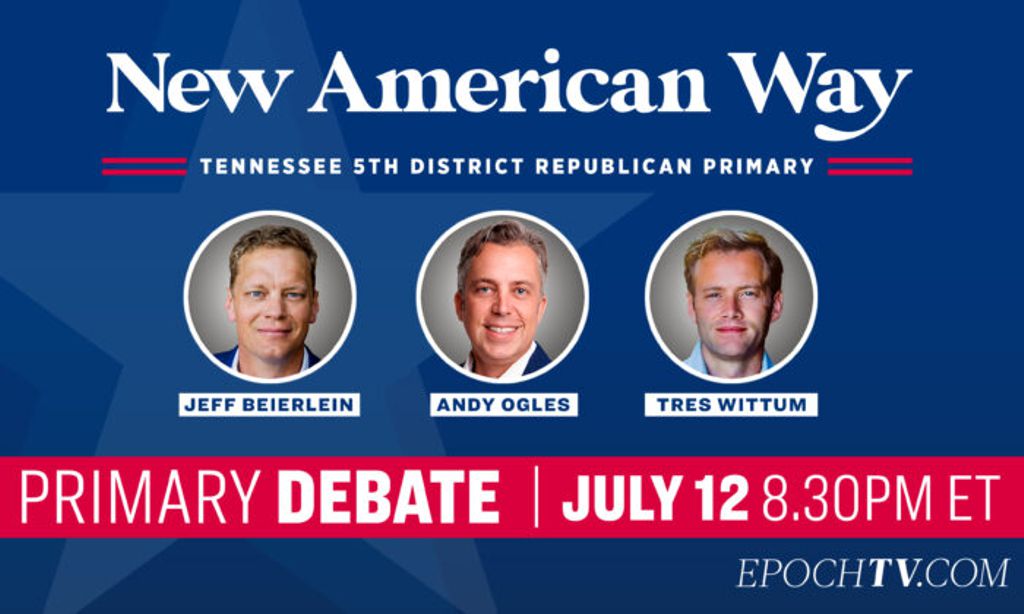 The seat is currently occupied by Rep. Jim Cooper (D-Tenn.), who has represented the district since 2003 but announced in February that he would not seek reelection.

Democrats have held the 5th District congressional seat since 1875, but redistricting announced in February split Davidson County through downtown Nashville, shifting portions of the former 5th District to the mostly rural and historically Republican 6th District and 7th District.

When the new congressional maps were approved in February, Cooper announced he would not seek another term.

Because of the historic implications that could lead to a Republican winning the 5th Congressional District seat for the first time since Ulysses S. Grant was president, the GOP primary is an ideal race for The Epoch Times’ new method of political debate.

Moderator Roger Simon, who is editor-at-large and a columnist for The Epoch Times, suggested the idea for a new kind of debate when his wife, Nashville Republican Women First Vice President Sheryl Longin, said that “biased reporters” should be replaced by subject matter experts to ask the questions.