The newest edition of the movement to transform the United States into something it never was intended to be comes in the form of the Secular Democrats of America. A group comprising, most notably, of the 14 members of the Congressional Freethought Caucus. In their blueprint, they advocate for a dismantling of the most fundamental right in this country: Freedom of Religion. This is in no way intended to be a referendum on religion or secularism. It is merely intended to expose the fallacy of the arguments of this movement through their own words and to expose its agenda.

The first clue of their intent is revealed in the title of the blueprint, “Restoring Constitutional Secularism.” As with most, if not all, of these movements, the goal is to effect change by re-writing history. The United States was founded on the principal that there is a Creator who endowed human beings with certain rights and the purpose of government is to secure those rights. It is right there in the Declaration of Independence (pg. 1), “We hold these truths to be self-evident…” Most people have never actually read the Declaration. As such they are easily misguided to believe whatever smart sounding thing is said about it. The first paragraph of the Constitution (pg. 9) uses the words “blessings” and “ordain,” both of which have religious undertones. While it is true that the rules laid out in the constitution are pragmatic means to a functioning society, the Framers understood that the basic thing the Constitution was created to protect could be undermined by anyone with self-serving intent. It is for that reason the very first Amendment to the document was a reiteration of the most important function of the government they were creating: Religious Freedom. The first sentence of the Amendments (pg. 33) is, “Congress shall make no law respecting an establishment of religion, or prohibiting the free exercise thereof.” In short, there is no such thing as “constitutional secularism” that requires restoring.

All government-centric movements share a common strategy, to replace the notion of God with the supremacy of government.  While the American Constitution sought to ensure that the Government could not use its power to demand anything of its citizens that would infringe on an individual’s right to exercise their religion, the Secular Democrats of America seek to ensure that religious individuals and groups can not do anything that infringes on the government’s ability to exercise its power. More insidious than this is the understanding that as long as people view God as the supreme power, the power of government is necessarily limited. It is to this end that the first section of the blueprint seeks to eliminate funding to private, religious schools and institutions. In the spirit of intellectual honesty, I do agree with their comment (pg. 5) that, “no institution, religious or secular, is entitled to access taxpayer funding.” However, they use this statement to suggest that if any institution gets taxpayer funding it must not use it in a religious capacity. They state (pg. 5), “if receiving government funds, religious schools should be required to teach curricula in accordance with national secular standards, particularly in areas such as the teaching of science.” In other words, if you want to receive government funds, you must agree to teach secularism, not God. They seek to eliminate all faith-based exemptions. If you want to live in this country, you must do things that go against your beliefs if the Government tells you to. That is not an America that ever existed that requires restoring.

The remainder of the blueprint is filled with a wide range of altruistic sounding policy suggestions that, at their core, are designed to eliminate religion and religious practice from all aspects of public life. Their suggestions (pg. 8-17) include, favoring medication and scientific therapy over faith based addiction recovery, removing religious activities and displays, restricting gatherings at houses of worship for health concerns, appointing non-religious individuals to religious organizations, scrutiny of the IRS on houses of worship, nominate judges to the courts who are sympathetic to this secular ideology, impose this secular ideology on the national stage, require non-religious representatives at ceremonies where clergy is invited. And, of course, no government-centric movement would be complete without restriction or compulsion of language. The blueprint suggests the elimination of phrases like “God and Country,” promote the idea of “freedom from proselytization,” require inclusion language such as “religious and nonreligious” “believers and nonbelievers,” avoid using the title “faith” as in Faith Director, instead use the word “interfaith” or even better “conscience,” as in Conscience Coalition. Refer to the motto “E Pluribus Unum” instead of “in God we trust.” Do not invoke the phrase “Judeo-Christian values.”

Sadly, I am not making any of this up. I urge you to read the blueprint yourself and draw your own conclusions. This country is facing a battle on many fronts. This is just one of them. But they all have the same goal; coronate the government as the supreme power and eliminate any opposition to that power, even, it seems, opposition from God Himself. 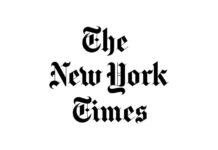 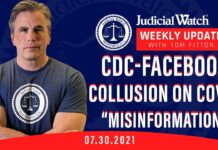 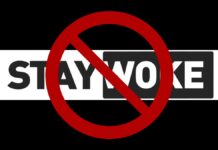