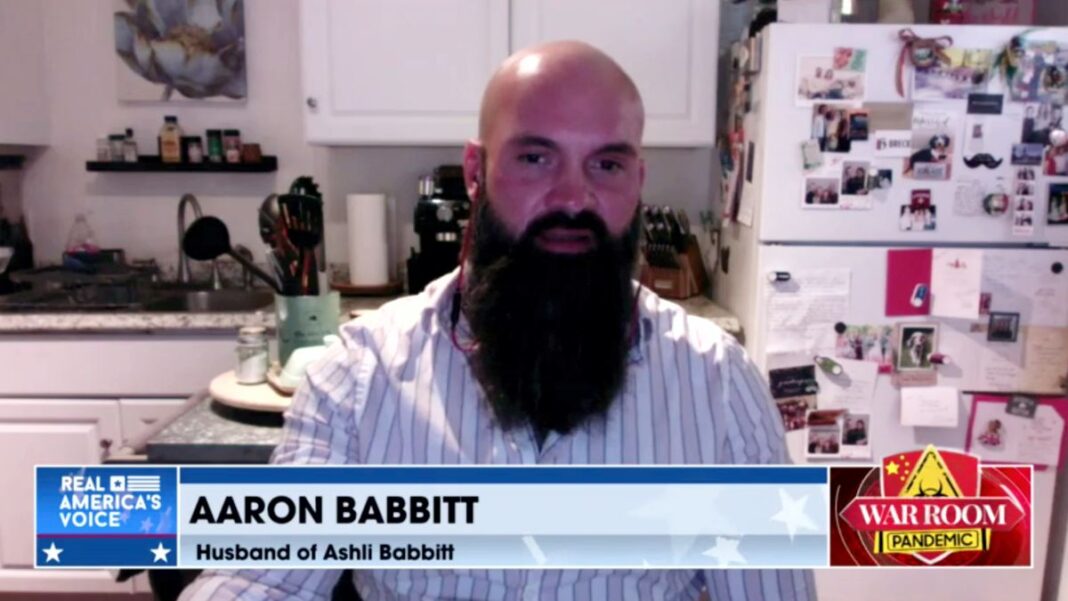 Aaron Babbitt is the widower of Ashli Babbitt, who died on Jan. 6, 2021, as a result of being shot by Capitol Police officer Michael Byrd. Babbitt joined Steve Bannon on the “War Room” today, the anniversary of the shooting. Ashli Babbitt’s story of being a military veteran and Trump supporter was told by Aaron, and he said that the Biden Administration and the Department of Justice have done nothing for him or his family.