Home Previews Books The Big Fraud: What Democrats Don’t Want You to Know about January... 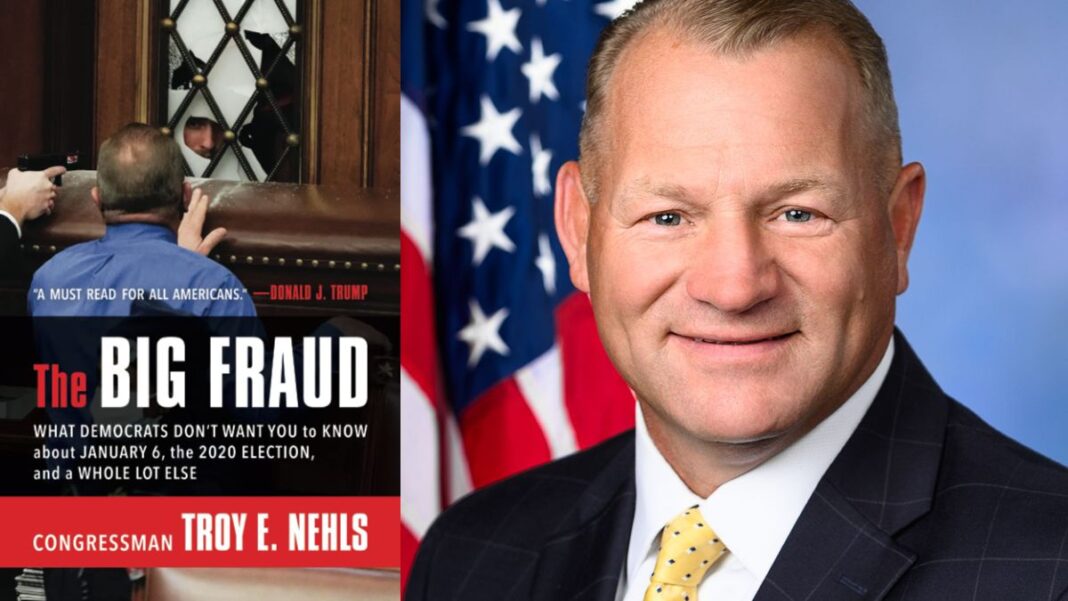 “A Must Read for All Americans.” —Donald J. Trump

The Big Fraud tells the true story of how Democrats got away with rigging the 2020 election and orchestrating a sham impeachment around January 6, all in an attempt to destroy President Trump and continue the globalist takeover of America.

From riots in the summer of 2020 to COVID-19 lockdowns and mandates, the establishment and progressive elite were determined to destroy Donald Trump by any means necessary.

Congressman Troy E. Nehls sets the record straight with his firsthand account of confronting rioters at the Chamber doors on January 6 and investigating as part of Republican Leader Kevin McCarthy’s January 6 committee team.

“My wife Debbie has known Troy Nehls for many years, and I met him through her. We both are super-fans of this guy. He was a terrific sheriff in Fort Bend County, Texas, and now he has brought that same practicality and bravery to Congress. This book is a candid and well-researched examination of the events surrounding the election through January 6th. Troy Nehls goes against the prevailing media narrative, which is concocted to advance the cause of the Democratic Left and makes a powerful stand here for fairness and for truth.” —Dinesh D’Souza

Congressman Troy E. Nehls is a pro-Trump, America-first conservative who served our nation for twenty-one years in the US Army Reserve, retiring with the rank of major and two Bronze Stars. He also served nearly thirty years in law enforcement, with eight of those years as a county sheriff in Texas. He’s a freshman congressman from Texas who garnered national attention for defending the House Chamber from rioters on January 6 and subsequently being chosen by Republican Leader Kevin McCarthy as the only freshman congressman to serve on the January 6 committee.