Home Opinion Speaking Out The day has come when “Truth is treason in the empire of... 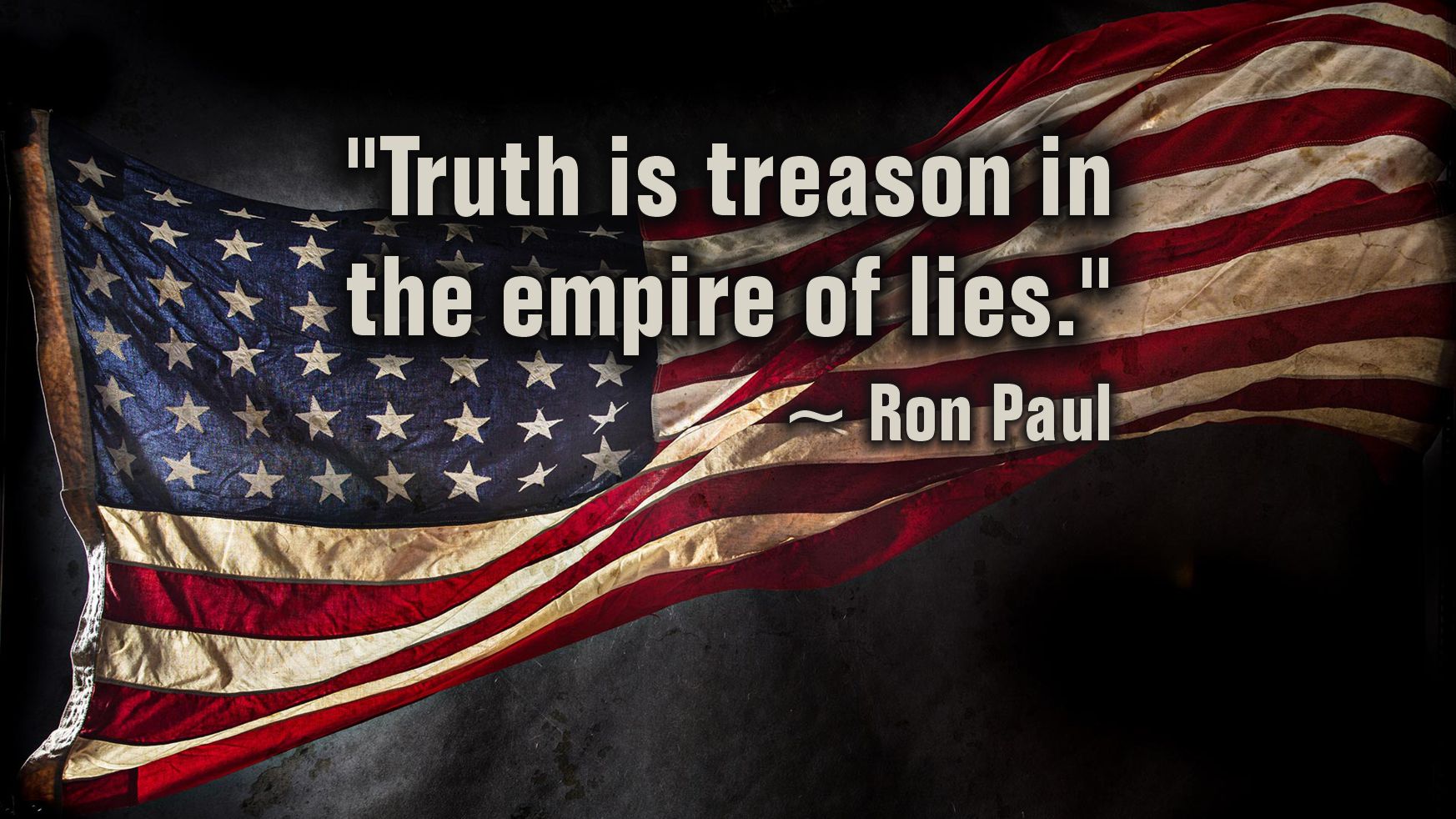 Looking back, a year ago I seemed to be a naïve citizen of a world that doesn’t exist today. In just 12 months our planet, and especially the United States, is not recognizable. Our Constitution is moot, and the 9th Commandment a suggestion. The tinfoil hat I’ve worn since 1990 has become a widely popular form of headwear among conservatives, because ALL of our so-called outlandish predictions if we weren’t ever vigilant, have come true!

In January, the “impeachment” was the imprimatur for lying in congress, the media, anywhere. Lies are an accepted form of communication and now there are no repercussions for lying anywhere.

Courts pulled back the curtain that revealed they are not chambers of justice, but places where “just us” prevail. The differences between American citizens’ and illegal aliens’ rights have evaporated. From state courts to the Supreme Court, criminals now go free. They’re even freed because of the virus, only to prey upon the public again.

Voluminous examples of voter fraud have been presented in hearings. Dozens of suits filed in various states. The cases wouldn’t be heard in state courts or the Supreme Court as each washed their hands and said the plaintiffs had no standing. The media, democrats and RINO republicans said the cases were dismissed because the evidence was frivolous, Trump was just whining; but the evidence was NEVER PRESENTED nor JUDGED. These cases weren’t dismissed on merit! They were dismissed because the Deep State has permeated every facet of governance in this country, including the judicial. The “fix” is in and we no longer have fair elections. From this point forward, the Deep State decides the elections with millions of fraudulent ballots, hacked voting machines, and a long list of other ways to fake an election. We are no longer a democratic republic, and when the democrats have the majority in the house and senate, the Electoral College will be eliminated to being just a footnote in American history.

In the years before the virus, we’d been inundated with climate change and the land and seas being choked with plastic. Bags were banned, along with plastic straws and other non-biodegradables. People had to be MORE CONSCIOUS! With Covid, there’s silence. Millions of masks are thrown away and end up in landfills, oceans and lakes. The tonnage of one-use medical supplies has skyrocketed. Plastic cutlery, bags, packaging – all have multiplied. One-use everything has become the norm, while the once strident environmentalists are mute.

The Paris Climate Accord raised its head again, even though air pollution has decreased due to people self-isolating. Ignorant “scientists” think businesses should not only be shut down for Covid, but to benefit the environment. They preach that if there was a living wage, people wouldn’t have to work; they’d stay home and the environment would be preserved. Government would send everyone a check. Checks to all, even illegals. Free health care to all, even illegals. The trillions-dollar debt would explode, as it has with Covid, but more could be borrowed, as before – from China.

Schools have closed due to the virus, even though they’re the least at risk. Governors haven’t cared about the children’s education. Lucky children had parents who could instruct them and make sure they had laptops and study materials. But how many millions don’t have a laptop, don’t have both parents, but instead must rely on a single parent who may have to cashier at Walmart, or clean the wards in hospitals. That parent might be so depressed to be out of work and out of money, not knowing how to pay the rent or buy food – the last thing they can think of is their child’s education.

We now have a wide strata of children who have lost a year or more of schooling. These future adults will be the slaves of China who hold most of our national debt. Trump’s “America First” program was anathema to the Deep State, so there won’t even be low level manufacturing jobs. With all-consuming taxes to support the Deep State’s climate, welfare, health and educational programs, there will be no incentive for success, as an increased pay check will only result in increased taxes in their plan for wealth redistribution.

Historic monuments have been torn down as youth no longer study history but instead want to erase it. Building names are changed, and sports mascots eliminated in some twisted notion of righting non-existent wrongs. Critical Race Theory is being taught in schools and businesses as if your color places you inherently at an advantage or disadvantage. Personal sloth or keen ambition mean nothing to what you ultimately achieve – the COLOR of your skin is the dominating factor.

Most elected republicans are nearly identical to democrats in their desire to cater to special interests, and flaunt the provisions in the Constitution that were put there to stop what is happening now from ever becoming manifest. The callousness and disregard for people’s livelihoods, ability to worship, to go to school, to travel, to earn a living, to recreate, even to speak has become a shadow of the 1st Amendment. It’s even been proposed in plain language that a $200 tax be collected on EVERY rifle sold or owned, and EVERY gun magazine, and that if one does not pay those taxes, they are therefore a criminal, guilty of a felony!

That’s why we’re where we are. The Deep State was not going to let this go on and they were going to win by whatever illegal, crooked scheme they could concoct. They created the year from hell, to take down America’s best president.

If you’d told me on December 31st, 2019, that this is what I’d be writing looking back at 2020, I’d have told you that I had no stomach for dystopian fiction about the Deep State and the Grand Experiment, which is the United States of America. The day has come when, as Ron Paul said, “Truth is treason in the empire of lies.”