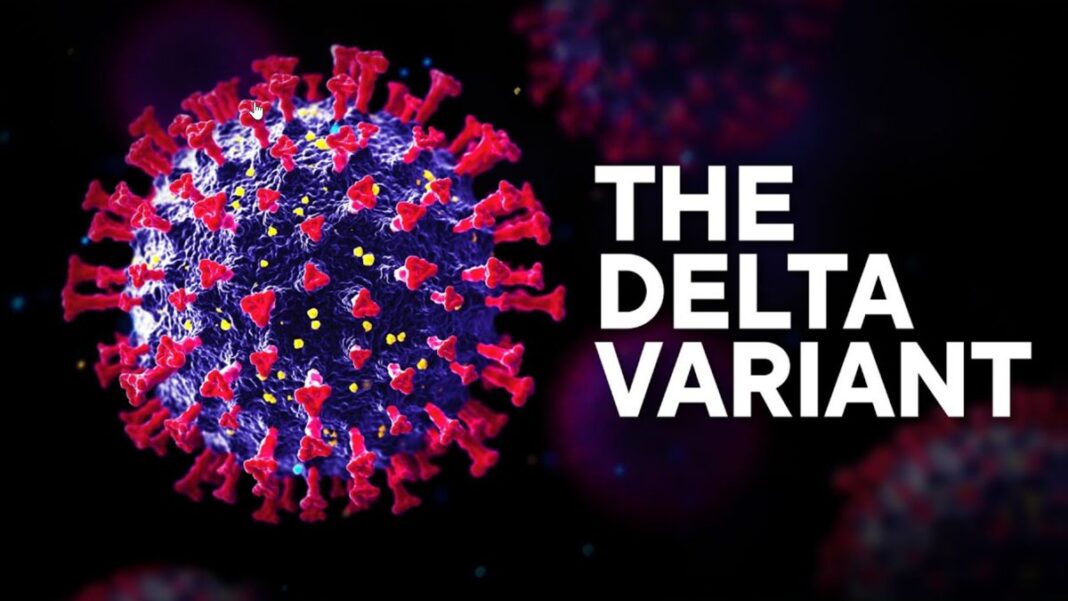 Quite Possibly The Ultimate Reason Why the Mass Vaccination Program must Stop and Why We Must Focus our Efforts on Treating the Infection & The Resulting InflammoThrombotic Response (ITR) Known as COVID.

In 2019 the release of SARS-CoV-2 was followed with a warning by a few of us, that this Gain-of-Function virus had significant regions within it’s genetic code that should concern all of us.

More than a year later and more than 4-million deaths world wide we are looking at the evolution of this man-made virus; evolution we expected to see and here it is.

Viruses like all life, including this man-made virus, evolve to survive.

Viruses depend upon a host to live and reproduce itself. In the case of SARS-CoV-2 that means people. If the virus becomes too dangerous and kills you, then the virus will NOT survive and will not be able to spread to other people. It will die inside you. [Yes, a few might escape before you die, but this is not going to continue very long before the virus can no longer escape.]

Viruses evolve to survive. When pressure is placed on a living organism, those that are too weak or susceptible to the pressure will die; leaving only those without that weakness alive to survive and perpetuate the next generation. In the next section you will see how this relates to bacteria and antibiotics. Later we will see how this relates to SARS-CoV-2 and vaccines.

When you become infected with a bacteria, or a virus, or something else, your immune system will try to fight off the infection. As I have talked about elsewhere on this website, and in multiple videos on this website, the first part of your immune system, called the innate acute T-cell response will recognize the infection in approximately 3-5 days. Following this, your body’s immune system will release a series of chemicals designed to kill your infected cells and to form blood clots to both starve the infected area and try to reduce the spread of the infection to other parts of your body. Other chemicals are released to try to prevent the infection from reproducing itself. This is the beginning of the InflammoThrombotic Response (ITR) I have talked about since 1994.

If the infection is not brought under control during the first 3-5 days and the infection continues to grow and multiply, a back up system helps you bring the infection under control. This part of your immune system is called the delayed adaptive humoral antibody system. This part of your immune system requires B-cells, the antibody producing cells, and occurs roughly 7-10 days after you become infected. The goal of this part of your immune system is similar to the the T-cell response. Chemicals are released to cause harm to the invading virus (or bacteria, or fungus, et cetera) and the cells of your body that are infected. These chemicals cause blood clotting to wall of the invader and starve it to death, as well as kill infected cells. The one additional thing that this delayed adaptive humoral antibody system does is to produce antibodies.

Antibodies are built by your immune system, that recognize and attack something foreign to your body; viz. the specific cause of infection. This foreign material is called an antigen. Antigens that are part of the SARS-CoV-2 virus (the spike protein) is what the PCR test tries to find. When used properly PCR will look for the genetic code that makes the proteins found in the spike protein of SARS-CoV-2.

Once made, these antibodies then attach themselves to the invading antigen (e.g. virus) in an effort to prevent the SARS-CoV-2 virus from infecting and harming your body. If you become infected with SARS-CoV-2 because someone else transmitted it to you (person-to-person), you will not only have an innate T-cell response that will release chemicals to attack the virus; you will also make antibodies to all of the virus; not just part of it.

If you have acquired (obtained) natural immunity due to being infected by the virus, then you will have an immune response (immunity) to all the various parts of the SARS-CoV-2 virus and you will not be dependent upon a specific antibody to one version of the spike protein to protect your body. You will also most likely have been exposed to more than one variant of SARS-CoV-2 and will develop antibodies (and T-cell response) to the different variants.

This process of one variant surviving while another is killed off, is called Natural Selection; however, it is a very specific type of Natural Selection as it is the result of human intervention. This type of natural selection is called SELECTION PRESSURE. Namely, the variants which do not have the same spike protein you made antibodies to from the drug vaccine, will be the ones that survive.

Since vaccines do not prevent infection (they shorten the amount of time it takes your body to respond to the infection), and vaccines do not prevent you from transmitting/spreading the infection; then the drug vaccines are putting SELECTIVE PRESSURE on SARS-CoV-2, resulting in a survival advantage for Delta and other variants whose spike proteins are sufficiently different from the spike proteins made after the drug vaccines infect our cells.

This means that the vaccination programs are selectively promoting the survival and spread of the variants INCLUDING THE DELTA VARIANT.

This can be seen by looking at the change in SARS-CoV-2 variants following vaccination campaigns (as shown below).

Vaccines Do NOT Prevent Infection.
However, vaccines can reduce your symptoms thereby making you
an asymptomatic or less symptomatic carrier – including a Delta Variant Carrier.

Dr. Richard Fleming is a Cardiologist, and a Nuclear Cardiologist and he is certified in Positron Emission Tomography (PET). He has a Juris Prudence Doctor of Law, and is a researcher, inventor and an author. (Read More)