Jennifer Lahl, a former nurse and an independent film producer based in California, believes the “powerful testimonies” of these “detransitioners” about their gender confusion, doubt, and regret will resonate deeply with those who watch the documentary, “The Detransition Diaries: Saving Our Sisters.”

“I thought this is a great way to communicate to people what’s happening to children at the hands of medical professionals,” Lahl told the Epoch Times.

Although the transgender movement has also affected boys and men, Lahl said she deliberately narrowed her focus to women because of the “rapid increase of young girls thinking that they were born in the wrong body.”

One of the women, Grace Lidinsky, describes in the film how she felt after undergoing a double mastectomy: a sense of doubt and the eventual realization she would never become a man no matter how much surgery she had. Although she has learned to accept her body, Lidinsky recalls that right after the surgery she had a deep feeling of regret.

“I had been hit with these awful feelings of having made a huge mistake. Undeniable, just like, ‘Oh no, what have I done?’” she says. “I also don’t really feel like a man. I just feel like a woman who has had her breasts cut off.”

Helena Kerschner, another detransitioner, says that taking testosterone negatively impacted her health to such a degree that she never went through with any gender transition surgeries.

“I wasn’t really able to have the mental wherewithal to go through the process of calling surgeons, dealing with insurance,” she says. “I like, watched myself transform from like the young teenager to just like this really unhappy looking person and, honestly, like unwell looking person … it just finally hit me that, like, ‘Oh my God, this has all been a mistake … everything.”

The Center for Bioethics and Culture Network addresses bioethical issues that most profoundly affect our humanity. We exist to educate the public about these issues to protect our human future.

The Detransition Diaries is a documentary film that recounts the stories of three young women, who felt that their trauma and dysphoria would be fixed by trying to medically transition from female to male. Medical professionals, therapists, counselors, and even school officials affirmed that they were indeed ‘trans’ but only once they started down this path, which promised to offer hope, they each came to realize that they had made a terrible decision. In The Detransition Diaries, you will meet Helena, Cat, and Grace, who all came from different backgrounds but shared similar struggles. Not wanting to live in this world as female, all began medical transition by taking testosterone and one went as far as having a double mastectomy. Each changed their names, their hair, their pronouns, thinking that this would help them and relieve them from their duress and suicidal ideations. Nothing could have been further from the truth. This film focuses on the rising number of young girls and women who decide to transition. Statistics show that between 2016 and 2017 the rate of gender surgeries among women and girls quadrupled in the U.S., and continues to rise. This is due, in part, to the reality of this new social contagion. You will hear from Kellie-Jay Keen, a British Women’s Rights Campaigner, Libby Emmons, Sr. Editor of The Post Millennial who has written extensively on the transgender debate, as well as author and consultant, Natasha Chart, who as a young girl with autism now works to protect autistic children from being affirmed that they are perhaps “born in the wrong body”. 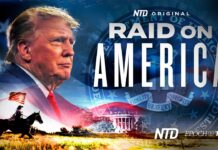