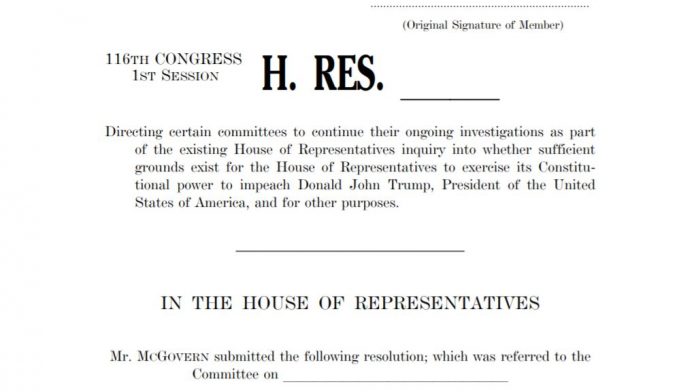 On Tuesday, October 29, 2019 House Democrats introduced a resolution to formalize their impeachment inquiry and adopt rules to govern the proceedings, following sustained complaints by congressional Republicans and the White House that the inquiry hasn’t followed past precedent and violates the president’s due process rights.

But, illustrating the balancing act involved as the 2020 election cycle gets started, Democrats have adamantly denied that the document is an “impeachment resolution,” perhaps out of concern for how that label would play in more moderate swing districts.