His upcoming solo show is a headache for the White House—and a window into the murky finances of the international art market.

At some point in the coming weeks, hundreds of thousands of dollars will be funneled to the son of the sitting American president—and none of us will know anything about who sent the money, or where it originally came from, or why anyone chose to send it in the first place.

The transactions will nominally center on artwork created by Hunter Biden, President Joe Biden’s son. After spending years working alongside post-Soviet oligarchs—work that complicated his father’s anti-corruption efforts in Ukraine—Hunter has tossed on a new hat as an emerging “artist.” CNN has reported that his debut shows—one in Los Angeles, another in New York—will be held in late September, though the dates haven’t been announced (which may be because of the scrutiny the sales have received). Whenever they happen, Hunter will make the transition from unqualified oil-and-gas adviser to budding Basquiat—and will offer his artwork to the highest bidders his gallery can attract. The sales have raised concerns that buyers will purchase the art to curry favor with the president, creating an ethics minefield for the White House.

Hunter’s artwork isn’t bad, per se. A certain base-level skill is evident in the paintings. Sebastian Smee, the Pulitzer Prize–winning art critic for The Washington Post, told CNN that Biden was comparable to “a cafe painter. By which I mean, you see a certain kind of art in coffee shops, and some of it is OK and a lot of it is bad, and sometimes it’s surprisingly good. But you wouldn’t, unless you were related to the artist, spend more than $1,000 on it.”

Unfortunately for the White House, the people about to profit from Hunter’s foray into the art world are anticipating far higher returns—and suddenly presenting the Biden administration with a new Hunter-related headache. Hunter’s gallerist, Georges Bergès, has said he’s expecting as much as $500,000 for some of the paintings. That’s a pricing echelon that would put Hunter, a person with no formal artistic training, “in the very top tier of emerging artists,” according to Artnet. (“The whole thing is very, very weird,” added Artnet’s Ben Davis, not least because the Bergès Gallery’s previous best-known client was Sylvester Stallone.) For his part, Hunter has been clear about what he’d say to those questioning the propriety of his shows: “Other than fuck ’em?”

About the author: Casey Michel is a writer based in New York. He is the author of the forthcoming book American Kleptocracy: How the U.S. Created the World’s Greatest Money Laundering Scheme in History.

Read Full Article on The Atlantic 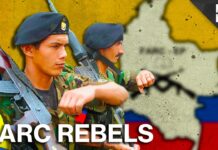 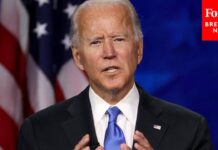 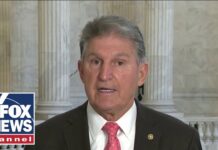