Home Opinion Truth or Consequences The Great Reset is a Globalist Trojan Horse using the cover of... 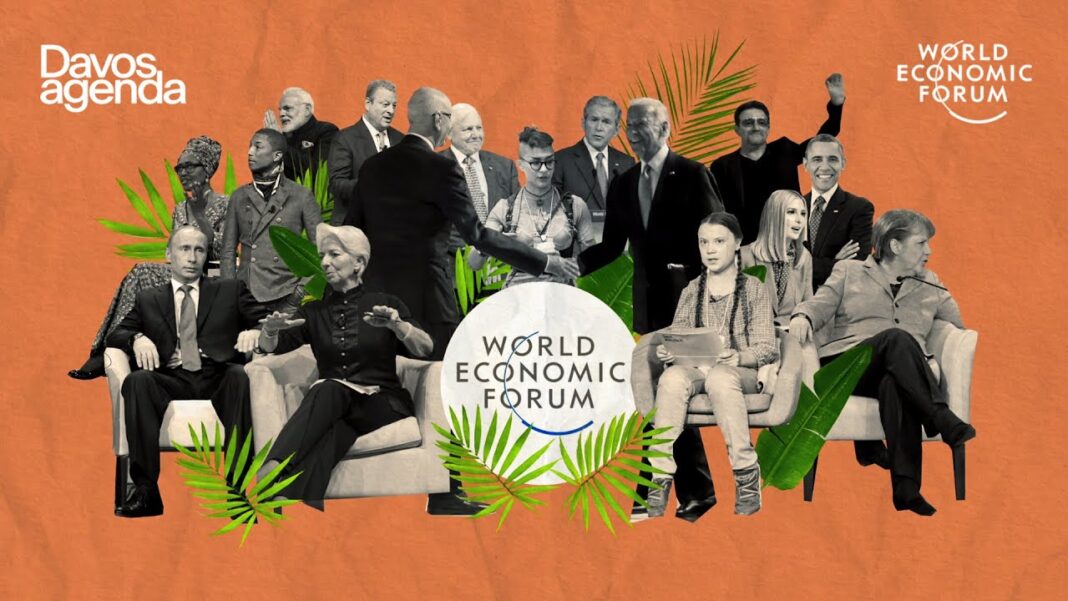 The World Economic Forum’s “Great Reset” (which Biden is implementing) is Neo Marxism packaged in a way that if you oppose it you either want to destroy the environment or you are a racist.

Supporters of the World Economic Forum and sympathizers of the Fabian Society are using the facade of “Climate Change” to subvert democracies worldwide and impose a “Great Reset”  to eradicate national frameworks and create globalist, borderless, godless, neo-Marxist, multicultural, open societies. The destruction of the centrality of the U.S. dollar in the Global Financial System and the transfer of Economic Power to the International Monetary Fund is key in the Globalist’s strategy. They are using “Climate Change” as a cover to replace democracy and capitalism with a neo-Marxist global tyranny.

The Biden regime has embraced the World Economic Forum’s Great Reset. Critical Race Theory is an integral part of the Great Reset by which education and social contracts are being modified.

On December 3, 2020 Justin Haskins wrote in the Hill “According to the Great Reset’s supporters, the plan would fundamentally transform much of society. As World Economic Forum (WEF) head Klaus Schwab wrote back in June, “the world must act jointly and swiftly to revamp all aspects of our societies and economies, from education to social contracts and working conditions. Every country, from the United States to China, must participate, and every industry, from oil and gas to tech, must be transformed. In short, we need a ‘Great Reset’ of capitalism.”

“Internationally, the Great Reset has already been backed by influential leaders, activists, academics and institutions. In addition to the World Economic Forum and United Nations, the Great Reset movement counts among its the International Monetary Fund, heads of state, Greenpeace and CEOs and presidents of large corporations and financial institutions such as Microsoft and MasterCard…

The agenda of the World Economic Forum is close to that of the Fabian Society. Fabians aim to eradicate national frameworks and create globalist borderless multicultural open societies. The goal of the Fabian Society is “forming a single, global socialist state”. In their website they have multiple articles about “Climate Change”.

Please see the link below to learn more about the Fabian Society.

Glenn Beck’s documentary linked below explains how the Fabians have infiltrated the “deep state” and their role  in subverting democracies worldwide.

Safenetforum.org described “The Fabian Society is a very old group originating in England in 1884, with the purpose of forming a single, global socialist state. They get their name from the Roman general Fabius, who used carefully planned strategies to slowly wear down his enemies over a long period of time to obtain victory. “Fabian Socialism” uses incremental change over a long period of time to slowly transform a state as opposed to using violent revolution for change. It is essentially socialism by stealth. Their original emblem was a shield with a wolf in sheep’s clothing holding a flag with the letters F.S. Today the international symbol of the Fabian Society is a turtle, with the motto below…When I strike, I strike hard.”

The website of the Fabian Society informs “the Fabians participated in the foundation of the Labour party in 1900. The society has been affiliated to Labour throughout the party’s history and is the only original founder that remains affiliated in unchanged form.
None of the early figures in the society were more significant than Beatrice and Sidney Webb…

Two other abiding contributions of the Webbs that persist until the present day are the New Statesman magazine and the London School of Economics.

The London School of Economics, today one of the most pre-eminent universities in the world…”

George Soros, for example, is a graduate of the London School of Economics.

Soros also supports multiple NGOs that call for BDS against Israel, for example Soros is a major funder of Black Lives Matter. BLM calls for Israel’s destruction and is the main supporter of Critical Race Theory.

The Great Reset and Critical Race Theory are both part of the same strategy, they go hand in hand, they complement each other.  The people promoting and financing  both CRT and the “Great Reset” (at the  same time!) are the same. This is not a coincidence while the “Great Reset” is using the cover of “climate change” to destroy the American Economy (and capitalism) CRT is reeducating the population to push Neo Marxism.

One of the founders of the BLM movement described herself as a trained Marxist.

“…Anthony Watts, senior research fellow of environment and climate at The Heartland Institute, said according to their analysis, the agreement would cost the United States “about 2.7 million jobs by 2025 due to scaling back parts of industries. Now that would have been about 440,000 manufacturing jobs that we would have lost.”

The “Great Reset” will have little actual environmental benefit but devastating economic consequences. The globalists want to end the centrality of the United States financial system in the global economy, they want an international organization like the IMF to have more power. With a weaker economy America will be less capable of influencing others through sanctions, it will be less capable of defending its interests abroad.

The IMF’s SDRs replacement of the centrality of the USD will undermine America’s sovereignty and democracy. Because of the “Great Reset” the IMF’s board of directors now has more power and influence in America.

In the last decades the IMF imposed “structural reform” programs in over 90 countries. In the 1990s the IMF’s intervention led to the economic meltdown of, for example, Mexico, Brazil and Russia. It seems that now because of Obama and Biden America will become more vulnerable to its policies.

On September 30, 2016, during the Obama administration, the IMF News reported it added the Chinese Renminbi to Special Drawing Rights Basket. At the time the US had the most voting power and influence in the IMF board of directors and could have prevented this.

Effective October 1, the IMF is adding the Chinese renminbi (RMB) to the basket of currencies that make up the Special Drawing Right, or SDR.

The SDR is an international reserve asset created by the IMF in 1969 to supplement its member countries’ official reserves.

The IMF’s Executive Board agreed to change the SDR’s basket currency composition in November 2015, and the decision now enters into force after a period of transition.

The RMB joins the SDR basket in addition to the previously included four currencies—the U.S. dollar, the euro, the Japanese yen, and the British pound (see chart).

IMF News: What does the renminbi’s inclusion in the SDR basket mean for China?

Tiwari : The RMB’s inclusion is an important milestone in the integration of the Chinese economy into the global financial system. The IMF’s determination that the RMB is freely usable reflects China’s expanding role in global trade and the substantial increase in the international use and trading of the renminbi…”

By including the Chinese renminbi in the SDR the IMF crowned it a reserve currency at the same level that the dollar, euro, yen, and British pound. China’s push to expand this “New World Money Order” threatens the centrality of the U.S. Dollar.

On July 13, 2021 Biden supported a controvensial plan to strenthen the International Monetary Fund and replace the centrality of the US Dollar. Alex Newman wrote in the Epoch Times “…The Biden administration-backed International Monetary Fund (IMF) proposal to issue an unprecedented $650 billion U.S. dollars’ worth of new “Special Drawing Rights” (SDRs) this year alone will also help re-shape the international financial system. That is more than twice the total amount of SDRs created by the IMF throughout its entire history…The unprecedented new issuance, which has the support of both Beijing and Washington, will contribute to sidelining the U.S. dollar’s role as the global reserve currency, analysts warned. The Chinese Communist Party is expected to be a leading beneficiary…if the dollar were to lose its status to the SDR, the demand for dollars around the world would plummet. The resulting collapse in purchasing power would create an enormous crisis as Americans’ ability to purchase goods and services from abroad was decimated…”

A currency controlled by an international institution like the IMF is key for the globalists. The loss of status of the US dollar to the SDR  will undermine America’s ability to impose economic sanctions in rogue countries like Iran or North Korea.  If Trump ever returns to power the America he will receive will be much weaker, his ability to defend America’s interests abroad is being decimated.

To fight the “Great Reset” is to fight for freedom, for the protection of democracy against a neo-marxist global tyranny. The “Great Reset” is increasing the deficit making America more vulnerable to IMF’s “structural adjustments”. The IMF’s SDRs replacement of the centrality of the USD will undermine America’s sovereignty and democracy. Because of the “Great Reset” the IMF’s board of directors now has more power and influence in America.