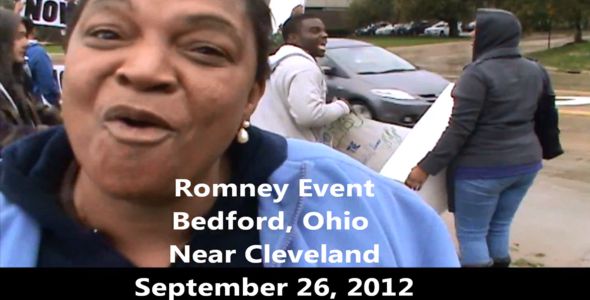 Protester outside of Romney rally explains how Obama gives all minorities free phones, Obamaphones, and that is why they should vote for him. Cleveland Ohio, September 26, 2012

(Added: This lady told film maker that she was NOT being paid to protest. Others in the group said that all were from SEIU. This is unconfirmed for this lady.)

Originally Published on Mar 22, 2012 by https://www.youtube.com/user/RepTimGriffin

Learn how to fight this abuse and find out more about Congressman Tim Griffin’s bill to end it: http://griffin.house.gov/lifeline