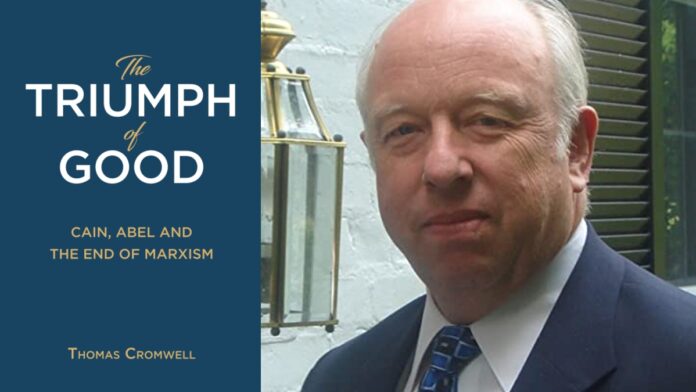 What lies behind the spread of the harmful ideologies of the Left and their destruction of civilization? What is the real agenda of the social justice warriors, of wokism and cancel culture? Why is Communist China so aggressive on the world stage and why does it persecute its ethnic and religious minorities so brutally? How is it possible for Marxism and its offshoots to keep promising an earthly Utopia when they deliver nothing but hellish totalitarian regimes that collectively have been responsible for tens of millions of deaths and immeasurable human suffering?

The Triumph of Good reveals the deep roots of the evil that underpins materialist ideologies and movements, explaining their origin in the selfishness, envy and violence that was first evidenced in Cain’s murder of Abel. It traces the operation of the Cain-Abel paradigm as the quintessential struggle between good and evil in history and in our daily lives.

Recognizing the operation of the Cain-Abel paradigm in one’s own life and the world around you (including understanding interpersonal relationships, organizational agendas and the true nature of ideologies, good and bad) is a valuable tool for navigating the troubled waters of modern life. It helps dispel the mystery and misery surrounding destructive human behavior, and explains how one can live a virtuous life.

It is the key to understanding the true nature of evil and what can be done to identify, confront and overcome it. Indeed, The Triumph of Good contends that all people of all eras are encompassed within a Divine Providence that is inexorably moving humanity towards a world under God’s dominion, a world in which evil is banished from society and good prevails. This is the world in which each person can fulfill their full potential as a human being, the purpose for which they were created. The society created by these people is the ideal envisioned by religion and falsely promised by Marxism and its offshoots. It is a society that can only be achieved through living an enlightened life of faith.

This book provides insight into what lies behind the Leftist assault on our civilization. This is not a political analysis, but one based on the spiritual roots of ideology, good and bad. The Cain-Abel paradigm is something I have been aware of for a long time, but never recognized that it does more than explain Biblical history with its good and bad characters. Bi Yu Lin

Triumph explains how Marxism and its offshoots are rooted in Cain-type attitudes and behaviors. I see these manifest in the constant complaining of the Left, and its accusation of others. Leftists never want to take responsibility for their own mistakes, which is exactly the problem of Cain. Bi Yu Lin

Cromwell is able to explain the roots of the materialist ideological movements that seek to destroy America as the providential “City on the Hill” in layman’s terms while providing a biblically-based historical context for why and how America should fulfill its providential destiny. Jack Ashworth

Born on a Christian communal farm in Shropshire, England, Thomas Cromwell moved to America at age 14. He spent 25 years in the Middle East as a journalist, publisher and peace-builder, studying the monotheistic faiths in their homelands and working to promote understanding among the diverse communities in the region. He traveled throughout the Communist world before the fall of the Soviet Union, learning first-hand about life under Marxist regimes. His work and curiosity about human civilization have taken him to 130 countries so far.