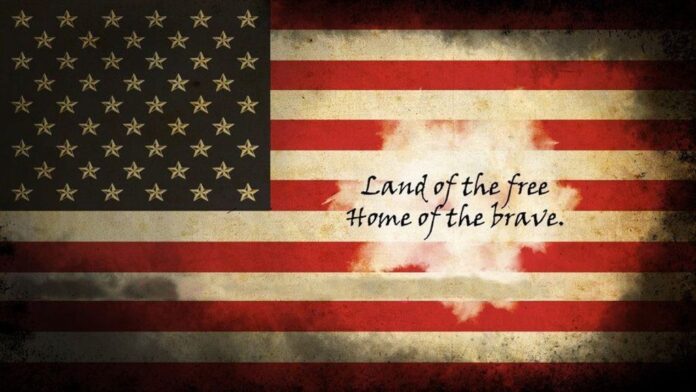 We have all heard the horror stories. A woman and her two year old daughter are forced off of an airliner because the child would not “comply” with mask mandates. Another woman in a library full of people is singled out by local police, accused of “trespassing,” and ordered off the premises. Once again, her real “crime” is refusing to wear a mask. In both cases, a totally innocuous situation was turned into a major ordeal, eventually involving eviction, threats of physical force, and the possibility of arrest, simply because some bystander decided to make an issue of the fact that a free American had not “complied” with the mask edicts.

Meanwhile, convicted felons are being released from prisons in blue states on orders of leftist Democrat governors, ostensibly for their safety from the virus. In many cases, innocent people have been further victimized by these criminals. Yet those same governors are ready to repopulate those prisons with people who’s actions are no more egregious than gathering with fellow believers for Christmas dinner, or to worship in Church on Sunday. Are we really to believe these abominable policies were enacted for the “public good”?

Worst of all, in the face of real harm and oppression coming to honest and decent people as a result of such abhorrent policies, a good portion of onlookers nod in pious approval, deeming it an appropriate fate for those who dared resist the infinite beneficence and wisdom of the state. Given how widespread such outrages have become, and the minimal backlash from the population that has been targeted by them, it is hard to escape the conclusion that this America is no longer the “Land of the Free.”

The “stoolies” who alert authorities of “non-compliance” by others rarely exhibit any genuine fear of contracting the virus. They are never seen fleeing the vicinity of an unmasked person, in order to stay out of reach of the nasty germs. Rather, they are aggressive and confrontational, to the point of committing physical assaults, simply because they believe they have the authorities on their side. Early on in the whole “Pandemic”/panic, it became glaringly obvious that little, if any public policy was actually about keeping people healthy.

Instead, it was a toxic combination of a quest for power, coupled with an obsessive desire for acceptance by the mob, that motivated aggressions against Americans who didn’t buy in to the lock-down mentality. And it is that last pitfall of the human condition that most needs to be recognized and dealt with if Americans are to have any hope of turning their country around.

The nihilism that was incessantly pounded into the minds of young people in America’s public schools over the last half-century is having its desired effect. After being stripped of every genuine moral precept on which our society was founded and had flourished for more than two centuries, the nearly soulless victims of this corrupt system are left only one factor by which they define “right and wrong.” And that is whether or not they are accepted by the mob. Such blind obedience to the moral bankruptcy of the counterculture leaves the nation in a precarious condition. The leap from here to total despotism and oppression is much shorter than many realize. And leftist Democrats are ready and waiting.

This is not about a virus, public health, or anything of that nature. It is an effort to pummel a once-free populace into total blind submission. Right and wrong are not only inverted, they are being situationally reinvented on nearly a daily basis, in order for the morally bankrupt left to win the moment, regardless of the specifics. The goal is not to establish any honest and consistent set of laws, but to establish the leftist Democrats as unquestioned law-givers, and arbiters of who is or is not in proper compliance and favor with them.

So it should surprise nobody that the Biden cabal (and Joe may or may not actually be a conscious participant in it) plans to implement a “100 day mask mandate” if he manages to get into the White House. After over a year of on-again off-again mask lunacy, sternly enforced in some regions while being virtually ignored in others, and with no commensurate benefits to show for any of it, are we really supposed to believe that another three months of such nonsense will somehow do the trick and make America healthy again?

The rest of the Biden team propaganda gives the lie to such a notion, and exposes their real intentions. In place of the Trump agenda of “Making America Great Again” for the American people and their posterity, the Biden doctrine is one of “sacrifice,” deprivation, and acquiescence, all from the average Americans on Main Street of course. It is predictably couched in the collectivist piety of “the public good” and “doing your fair share.” But do not expect the elitist class to engage in the same penance demanded from the “little people.” Their life of government funded abundance and luxury shall not be infringed in any manner.

This is the skeletal caricature of “Life, Liberty and the Pursuit of Happiness,” that leftist Democrats embrace as America’s future, going forward. They were unable to fool enough people to make it happen under any pretense of an “honest election,” so their fall-back strategy was to lie and cheat their way into power. And power that is ill gotten in such a manner will never be relinquished by any lawful, amicable means. 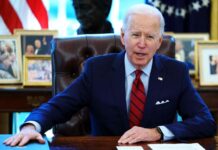 US bombs Syria and ridiculously claims self defense