Home Campaigns 2021 Campaigns ‘This could be the ballgame:’ Biden goes all-in on Virginia 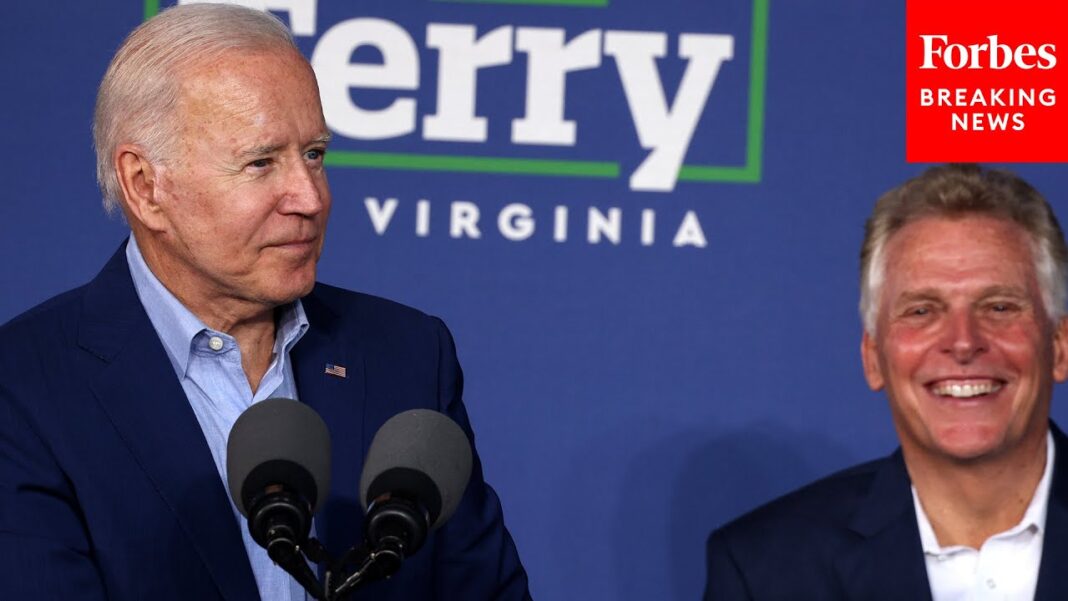 Rather than distance himself from a down-ballot race, the president has tied himself increasingly to it.

Joe Biden and Democrats know they won’t be able to spin a loss in Virginia. So they’re raising the stakes of the election instead.

Biden is back stumping for Terry McAuliffe on Tuesday as he tries to hold off Glenn Youngkin, the Trump-backed Republican, in a bitterly tight race. With the election coming next week, both the president and the Democratic Party are increasingly embracing the notion that it is in large part a referendum on their handling of the pandemic and their support of massive government spending programs — as well as a broader repudiation of the Jan. 6 attacks on the U.S. Capitol.

In doing so, and even with Biden’s numbers dropping of late, Democrats are leaning into an approach that past administrations have shunned: freely tying their own fortunes to the outcome of an early, down-ballot race. A win for Youngkin, Biden’s aides and allies say, may not scuttle his domestic agenda. But it would be the first domino to fall, foreshadowing potential problems with the party’s planned midterm quest to paint Republicans as too extreme to govern.

“If they want to make sure that Donald Trump is front and center running for president again, then don’t show up to vote,” warned Chris Korge, national finance chair at the Democratic National Committee, who is close with McAuliffe. “This could be the ballgame here.”

Underscoring their seriousness, DNC Chair Jaime Harrison and other officials touted the multimillion investment the party has made in the state, along with repeat visits from Biden, the first lady and the vice president. “We’re all in,” Harrison said before a Richmond rally for McAuliffe over the weekend. “Virginia is very important; we want to make sure that we turn the vote out.”

Biden’s all-in act is a break from his former boss, Barack Obama, whose team worked to distance itself from the Democratic gubernatorial campaign in 2009 and, in 2013, talked up the challenges of winning in Virginia given their control of the White House. Biden’s approach comes with obvious risks, offering Republicans an added measure to gloat about White House backlash should Youngkin prevail. Nevertheless, the president’s team and other party leaders have come to the conclusion that there is no other path.

By CHRISTOPHER CADELAGO and ZACH MONTELLARO