Google is spying on everything you do. Literally everything. If you are not protecting yourself, Google is after your personal life whether you like it or it. Google spies on you and it’s not just a conspiracy theory anymore.

Google’s presence is literally everywhere and it wants to play god without permission. Google’s surveillance has no limits. They track literally everything you do and everywhere you go. And not just on the Internet, but even in real life. This how Google manages to follow your every step.

Google servers are tapped by intelligence agencies in the U.S. and other Five eyes countries, which include UK, Canada, Australia and New Zealand. The US National Security Agency then keeps a copy of your search history tied back to your phone number forever in their data centres.

Google really wants to know where you go. So much so that it keeps tracking your location even if you tell it not to. Google achieved dominance in digital advertising thanks to their focus, commitment and sheer will. The will to know about every single step you make. Google is able to attract advertisers thanks to their ability to profile records of your entire activity on the web. But this time, the corporate behemoth is able to track what you buy even in physical stores. Google spying has no limits. The laws are ancient and broken because Google lobbies millions of dollars every year to keep privacy regulations at check.

How a Pentagon Contract Became an Identity Crisis for Google
‘The Business of War’: Google Employees Protest Work for the Pentagon
Project Maven to Deploy Computer Algorithms to War Zone by Year’s End

Gmail does scan all emails, new Google terms clarify
Google to Stop Reading Users’ Emails to Target Ads
Google Will No Longer Scan Gmail for Ad Targeting
When Google Said It Wasn’t Scanning Your Gmail, It Actually Meant It Was Definitely Scanning Your Gmail
Google Says It Continues to Allow Apps to Scan Data From Gmail Accounts
Tech’s ‘Dirty Secret’: The App Developers Sifting Through Your Gmail
Tech’s ‘dirty secret’: App developers are sifting through your Gmail

Google still tracks you through the web if you turn off Location History
Google admits it tracked user location data even when the setting was turned off
Google collects Android users’ locations even when location services are disabled
AP Exclusive: Google tracks your movements, like it or not
Lawsuit says Google tracks phone users regardless of privacy settings 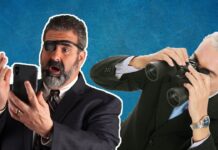 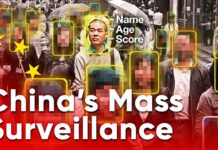 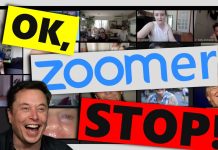