1 – The US will continue down the path of an oligarchy. The rich will get richer, the poor will get poorer. The middle class will continue to disappear. The Biden Crime Family is a thing. They don’t give a damn about you. They could care less. Kamala is worse. They feed off their stolen billions while your children die in the forever wars, so they can make even more money. They want control and they want it now!

2 – You will become a serf. Listen to Bannon’s interview with Joel Kotkin (a liberal, at the 1:04 minute mark). It is no secret small business is being crushed by the lockdowns. There is a reason for that. Small business gives people freedom from the oligarchy. Your business will not be allowed to survive.

This has nothing to do with the virus. This is a way to control you directly, get you used to communism, control by Beijing.

3 – America will become a vassal state to the Chinese Communist Party. The Chicoms are angry. How dare Donald Trump interfere with their agenda of world domination? ‘Give 10% to the Big Guy Joe’ will continue his sellout of American national security to people who harvest organs from live political prisoners for a living.

5 – You will be surveilled the rest of your life. Whatever privacy you have left will be gone. Cameras will be everywhere like in Beijing. Big Brother will know your every thought.

6 – If you resist, you will be disappeared, as well as your family. You will be sent to a concentration camp, medical tests will be done, and if your daughter matches the blood type of an elite’s daughter who needs an organ, your daughter will be killed for it – sliced out of her with no anesthesia. Just ask the Falun Gong, or the Uighers, or Christians in China.

7 – Your children will be sent to die in overseas wars. Honor in the American military will continue to disappear as it becomes a mercenary force for the Chicoms.

8 – Your nice suburb will be filled with homeless people as the ‘remake of America’ continues via the original Obama plan. Just ask the people on the Upper West Side of NYC what has been going on.

9 – Crime will skyrocket. Today the new LA announced more crimes he will not prosecute. This will go nationwide. You will be forever be scared.

10 – Immediately they will take your guns. If you don’t give them up, they will kill you.

11 – Your children will continue to be turned into genderless freaks so as to pacify the population, destroy masculinity (that little thing that allows insurrections to foment).

12 – American history will be erased.

13 – America will become insolvent, the dollar will lose all value over a short period of time. This has been the plan all along, why Obama doubled the national debt, more than all other presidents combined. The ‘pandemic’ has put this plan on steroids.

14 – The American economy will collapse as ‘progressive’ policies are re-implemented. Over-regulation will reappear. You will have no control over private property.

15 – The Conservative party will never win another election. They will cheat to ensure this result.

“This is the scariest damn book I have ever read..” Signed copies #Delta https://t.co/9M7F4ZpVlr #Thriller #History #Suspense #MustRead

16 – The Supreme Court will be packed so the Left’s agenda can be rammed through.

18 – You will be targeted for retribution. Just listen to AOC and her minions.

19 – You will be targeted by the Federal government if you resist.

20 – You will only be able to travel if you are in the elite. 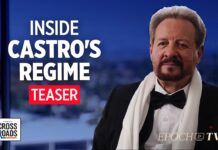 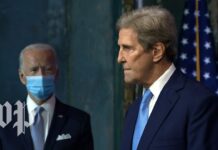