Home Previews Books The Coming of Neo-Feudalism: A Warning to the Global Middle Class 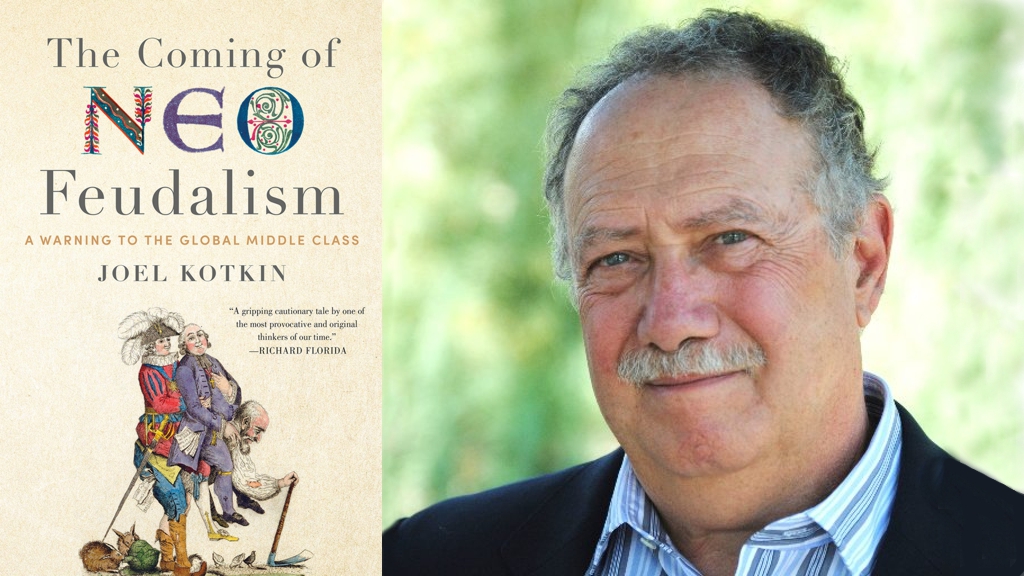 Following a remarkable epoch of greater dispersion of wealth and opportunity, we are inexorably returning towards a more feudal era marked by greater concentration of wealth and property, reduced upward mobility, demographic stagnation, and increased dogmatism. If the last seventy years saw a massive expansion of the middle class, not only in America but in much of the developed world, today that class is declining and a new, more hierarchical society is emerging.

The new class structure resembles that of Medieval times. At the apex of the new order are two classes―a reborn clerical elite, the clerisy, which dominates the upper part of the professional ranks, universities, media and culture, and a new aristocracy led by tech oligarchs with unprecedented wealth and growing control of information. These two classes correspond to the old French First and Second Estates.

Below these two classes lies what was once called the Third Estate. This includes the yeomanry, which is made up largely of small businesspeople, minor property owners, skilled workers and private-sector oriented professionals. Ascendant for much of modern history, this class is in decline while those below them, the new Serfs, grow in numbers―a vast, expanding property-less population.

The trends are mounting, but we can still reverse them―if people understand what is actually occurring and have the capability to oppose them.

“Kotkin has written an essential and critical study of emerging class structures at the intersection of technological determinism and post-industrial capitalism. He suggests that technological oligarchs are already controlling our economic future while creating a high-tech neo-feudal society that undermines democracy and economic mobility for the middle and working classes.”
–John Russo, Visiting Scholar, Kalmanovitz Initiative for Labor and Working Poor at Georgetown University, Co-editor, Working-Class Perspectives

“Our society and economy is no longer progressing but regressing into a kind of “neo-feudalism.” As Joel Kotkin describes it, our once-great middle class is being eviscerated and America is dividing into a small group of uber-wealthy oligarchs who have colonized luxury cities like San Francisco and New York. A gripping cautionary tale by one of the most provocative and original thinkers of our time, this book is a must read for all those concerned about the future of our cities and our society.”
–Richard Florida, author of The Rise of the Creative Class and The New Urban Crisis.

Joel Kotkin is the Presidential Fellow in Urban Futures at Chapman University in Orange, California and Executive Director of the Houston-based Urban Reform Institute. He is Senior Fellow for Heartland Forward and Executive Editor of the widely read website NewGeography.com. He is a regular contributor to City Journal, Daily Beast, Quillette and Real Clear Politics. As director of the Center for Demographics and Policy at Chapman, he was the lead author of a major study on housing, and recently, with Marshall Toplansky, published a strategic analysis for Orange County, CA.

Kotkin is the author of eight previous books, including The Human City: Urbanism for the Rest of Us and the highly praised The New Class Conflict. He co-edited the 2018 collection Infinite Suburbia. Kotkin’s books The City: A Global History and Tribes: How Race, Religion and Identity Are Reshaping the Global Economy, were published in numerous languages including Spanish, Chinese, Korean, Japanese, German and Arabic. Kotkin has published reports on topics ranging from the future of class in global cities to the places with the best opportunities for minorities.

Kotkin has conducted major studies on demography and urbanism in East Asia, the United Kingdom, Canada, and many cities in the United States.