ACUNA, Mexico—The singular focus is palpable. Once migrants leave the bus station in the Mexican border city of Acuña, it’s a brief taxi ride or walk to the banks of the Rio Grande and to their ultimate goal—the United States.

The taxi driver charges 50 pesos for the three-minute drive, double the regular fare, but no one quibbles.

A rocky but well-worn path leads down to the shore, and the migrants walk briskly and with purpose. Many, especially the Haitians, pause to tear up and discard the paperwork they have with them—passports, visas, and identification cards are strewn all over the ground. They’re told it’s harder to be deported from the United States if they don’t bring ID.

Two elderly Mexican men are raking through the trash to find anything of value. To them, the passports are trash. They end up among the piles to be burned, as evidenced by the numerous heaps of ashes.

Once on the riverbank, the United States is in sight—a short wade across to “Disneyland,” as one Haitian put it.

Some quickly take off their shoes or strip down to their shorts and step into the Rio Grande. It gets waist high within the first 90 feet, but it’s not swift and it levels out to ankle-deep.

Minutes later, they exit the river at a clearing in the carrizo cane on the U.S. side.

Over a 50-minute period in one location, The Epoch Times watched 36 people cross, all from Haiti and Cuba.

Many of the Cubans were ultimately heading to Miami or Orlando, while the Haitians’ destinations included Boston, New York, and Indianapolis.

After hitting U.S. soil and changing out of their wet clothing, they walk about a mile on a dirt road to the border fence on Frontera Road in Del Rio, Texas, where they wait for Border Patrol.

Most of the family units will be quickly processed and released with a notice to report to their local Immigration and Customs Enforcement office within 60 days of arriving at their destination. Most of the single males will be sent back across to Mexico, to likely try again in the next few days.

Back on the Acuña side, just downstream, young Mexican men can be seen walking back across the river lugging bags full of the clothes and shoes discarded on the U.S. side. One man’s trash is another man’s treasure. 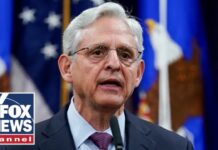 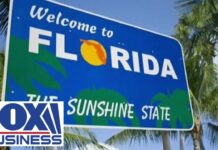