Politico ~ There’s no longer a chief of staff to screen his calls and he keeps no predictable working hours. So an unspoken rule has governed Donald Trump’s calendar since he left Washington last month: To sit down with the former president, you must belong to his posh Palm Beach club or know how to contact him directly.

But even that won’t always do it. For weeks now, Trump has rejected meetings with everyone from former South Carolina governor and 2024 hopeful Nikki Haley to House and Senate GOP candidates vying for his ear — preferring to spend his days leisurely calling friends, binging cable news, golfing with a rotating cast of partners and basking in standing ovations whenever he arrives for dinner on Mar-a-Lago’s outdoor patio. One person close to the ex-president said he’s become “unreachable” to anyone outside his limited circle of loyal aides, longtime friends and die-hard political allies.

That’s about to change.

According to three people familiar with the planning, Trump will soon begin vetting candidates at Mar-a-Lago who are eager to fulfill his promise to [support the MAGA movement] exact vengeance upon incumbent Republicans who’ve scorned him, and to ensure every open GOP seat in the 2022 midterms has a MAGA-approved contender vying for it.

Trump already has received dozens of requests from prospective candidates seeking to introduce themselves and nab his endorsement, and formal meetings with them could begin as early as March. Now that Trump has survived his second Senate impeachment trial, he has shifted his focus to post-presidential activism — a venture mostly bankrolled by his new leadership PAC, Save America, which had $31 million in its coffers at the start of this month.

Earlier this week, Trump met with his former campaign manager Brad Parscale to discuss online fundraising components to support his efforts and how he can utilize social media despite his ban from popular websites like Twitter. Trump also met with House Minority Whip Steve Scalise (R-La.), and his eldest son Don Jr. earlier this week.

By GABBY ORR and MERIDITH MCGRAW 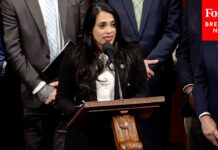 Latino Vote to Determine Outcome of Dozens of 2022 Midterm Races 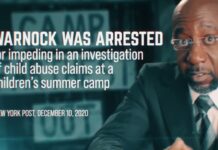 AJC poll gives Republicans the edge in most races