Former President Donald Trump suggested that the Jan. 6 committee should be dissolved, following the defeat of Rep. Liz Cheney (R-Wyo.) in a GOP primary on Aug. 16, calling the vote a “referendum” and that “the people have spoken.”

“Congratulations to Harriet Hageman on her great and very decisive WIN in Wyoming. This is a wonderful result for America, and a complete rebuke of the Unselect Committee of political Hacks and Thugs,” Trump wrote on his Truth Social platform on Aug. 16.

“Liz Cheney should be ashamed of herself, the way she acted, and her spiteful, sanctimonious words and actions towards others,” Trump continued. “Now she can finally disappear into the depths of political oblivion where, I am sure, she will be much happier than she is right now.”

The result was not unexpected, considering that nearly 70 percent of Wyoming residents voted for Trump in the 2020 presidential election.

Cheney is one of 10 House Republicans who voted to impeach Trump and serves as the co-chair of the House committee investigating the Jan. 6 Capitol breach.

The third-term incumbent from Wyoming is the fourth Republican who voted for Trump’s impeachment to be defeated by candidates endorsed by the former president. The other three are Reps. Jaime Herrera Beutler (R-Wash.), Peter Meijer (R-Mich.), and Tom Rice (R-S.C.).

“I assume that with the very big Liz Cheney loss, far bigger than had ever been anticipated, the January 6th Committee of political Hacks and Thugs will quickly begin the beautiful process of DISSOLUTION?” Trump wrote in another Truth Social post on Tuesday. 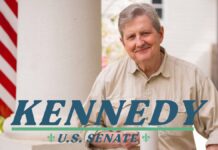