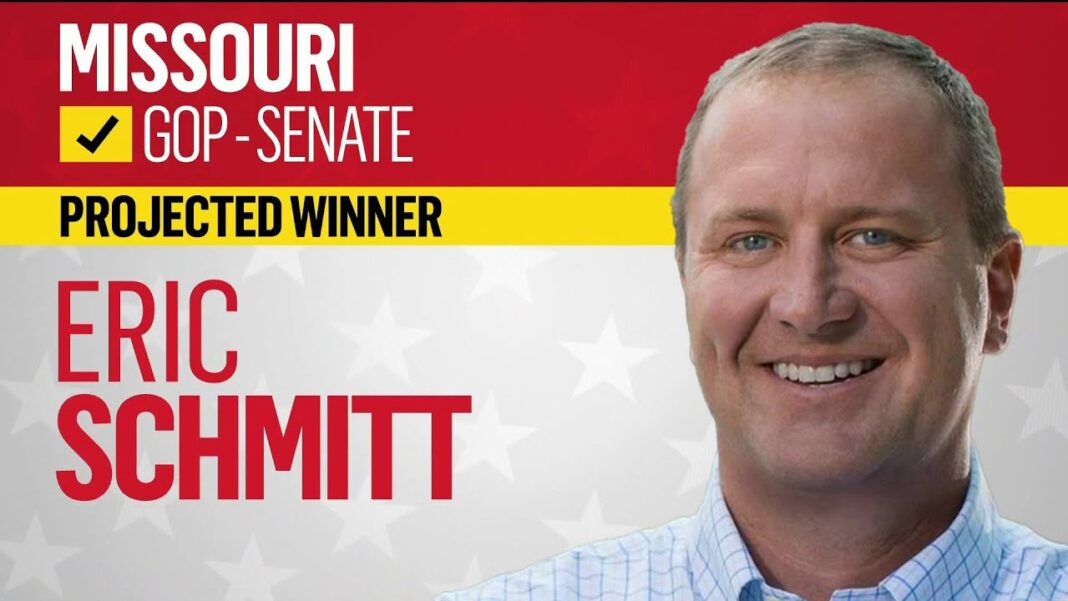 Missouri Attorney General Eric Schmitt on Nov. 8 won the race for a U.S. Senate seat representing Missouri, according to a race call.

The Associated Press called the race for Schmitt as he opened up a large lead over Democrat Trudy Busch Valentine.

“We did it. Thank you Missouri!” Schmitt said in a statement.

Schmitt, 47, had 63 percent of the vote to Valentine’s 34 percent as of 9:20 p.m., according to unofficial results from the Missouri Secretary of State’s Office.

Libertarian Jonathan Dine had 1.7 percent of the vote and Paul Venable of the Constitution Party had 0.7 percent.

Valentine, a nurse, has not yet conceded.

Schmitt has been Missouri’s attorney general since 2019. Before that, he was Missouri’s treasurer.

Schmitt and Valentine were vying to replace Sen. Roy Blunt (R-Mo.), who is retiring in January 2023 when his current term ends.

Blunt is one of five Republican senators who are leaving office voluntarily, compared with just one Democrat senator.

Keeping the Missouri seat with the Republicans will help in the party’s bid to flip control of the upper chamber, which is currently split 50–50.

Democrats have a majority because Vice President Kamala Harris can cast tiebreaking votes.

Schmitt is among the Senate candidates who have said they will not support Senate Minority Leader Mitch McConnell (R-Ky.) as the top Republican in the body. Sen. Josh Hawley (R-Mo.) has also said he will not back McConnell, who has been the top GOP senator since 2007.

He has vowed to hold the Chinese Communist Party accountable if he was elected to the Senate, in addition to taking on Big Tech, protecting elections, fighting to keep major projects like the Keystone XL Pipeline alive, and working to strengthen border security.