Former president Donald Trump said in a statement on Nov. 26 that he never considered going to war with China.

Trump’s remarks were part of a tirade against Chairman of the Joint Chiefs of Staff Mark Milley, who told Congress in September that he assured a top Chinese general that the United States was not going to attack China.

“I never had even a thought of going to war with China, other than the war I was winning, which was on TRADE,” Trump said. “I was the only President in decades to not get us into a war—I got us out of wars!”

The Joint Chiefs of Staff and Milley’s spokesman, Dave Butler, did not respond to requests for comment.

Trump’s statement on Friday also targeted Bob Woodward, the author of one of the books in which the revelations of Milley’s calls with China were first made.

Milley told the U.S. Senate Committee on Armed Services in September that he told Chinese Gen. Li Zuocheng that he would warn China if the United States was planning an attack. Trump suggested in the statement on Friday that such a call would amount to treason.

“I will probably call you. Everybody will be calling you. We are not going to attack you. Just settle down. It is not going to happen,” Milley added.

Former acting Defense Secretary Chris Miller, who briefly led the Pentagon from late 2020 until January 2021, said he did not authorize the calls between Milley and Li.

Miller said Milley’s actions were “a disgraceful and unprecedented act of insubordination by the nation’s top military officer.”

Milley told the committee that both calls with his Chinese Communist Party counterpart were coordinated with Miller’s staff “and the interagency.” 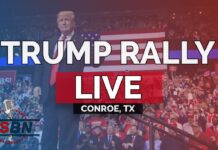 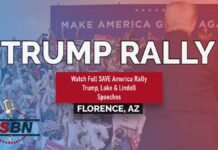 Save America Rally in Florence, AZ 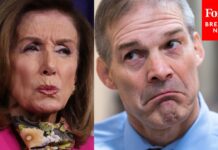