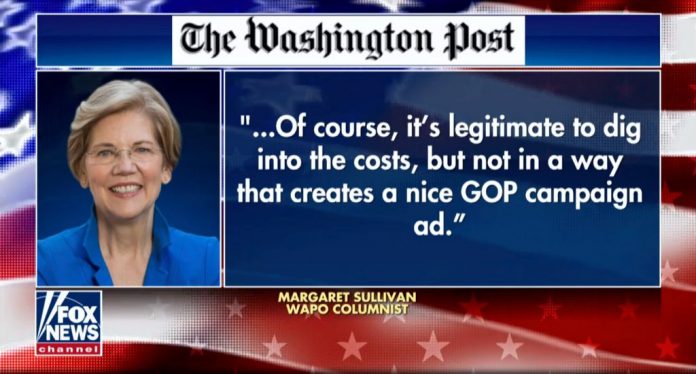 Presidential candidates gang up on Senator Elizabeth Warren during the Democratic debate, but the “journalist” scold those who try to get to the truth.

The “make Elizabeth warren say she would raise taxes on the middle class” question should be a credibility killer. For the journalists who keep asking it.

Framing the (apparently unavoidable) question about universal health care and how to fund it in a non-gotcha way. Journalists are kindly doing President Trump’s work for him when they insist on trying to pin down Sen. Elizabeth Warren (Mass.), the new front-runner, to declare she’d raise taxes to fund Medicare-for-all. Of course, it’s legitimate to dig into the costs, but not in a way that creates a nice GOP campaign ad, and misses the larger lens of overall costs. (Warren, notably, refused to take the bait.)