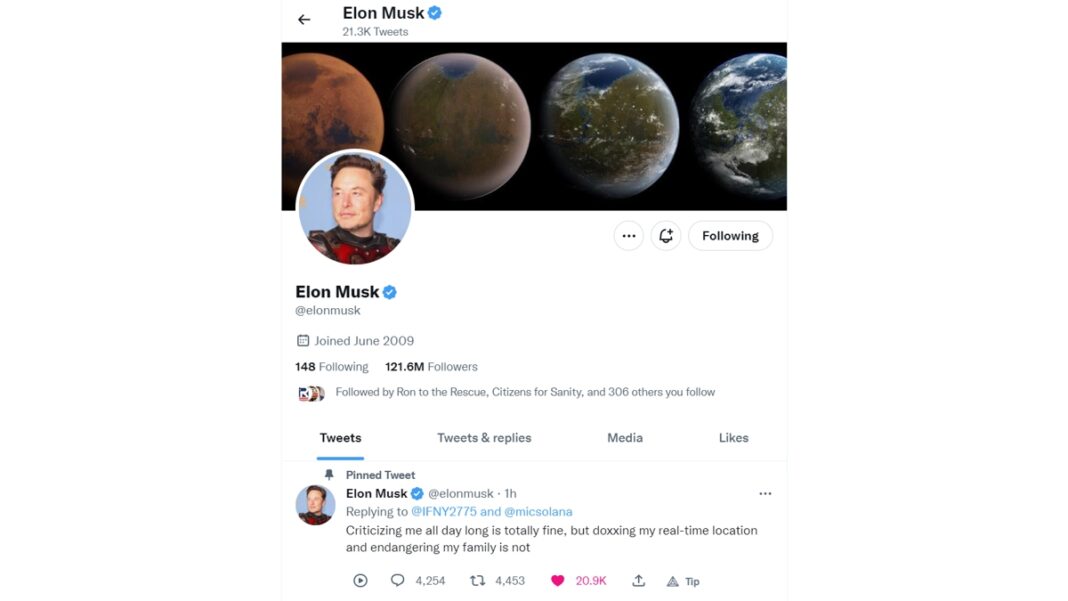 In another tweet, Musk said, “Criticizing me all day long is totally fine, but doxxing my real-time location and endangering my family is not.”

TIn another tweet, Musk said, “Criticizing me all day long is totally fine, but doxxing my real-time location and endangering my family is not.”
~ Elon Musk

Musk, who described himself as being a free-speech absolutist, received backlash for the purge of his critics, many calling for him to explain why those accounts were suspended.

“Hot take – Being the worst account on Twitter isn’t reason alone for suspension and Musk promised transparency around these things so would like to hear why,” Versus Media podcast host Stephen L. Miller tweeted.

“[I]f you start banning accounts willy nilly regardless of how much they suck without transparency, then you’ve become the very thing you swore against. we need answers @elonmusk,” Habbibi Bros podcast co-host Siraj Hashmi similarly expressed.

“In my opinion Aaron Rupar is one of the biggest lying no-character sources of mis/disinformation on the internet. But I haven’t seen a compelling case for his suspension from Twitter,” Fox News host Will Cain wrote.

“Simple: If Twitter is suspending people because they are reporting on or critical of Musk, then current version is no better than the old version w arbitrary and questionable enforcement. If it’s suspending people for violating a clear rule, it’s on them. The why matters,” conservative writer A.G. Hamilton tweeted.