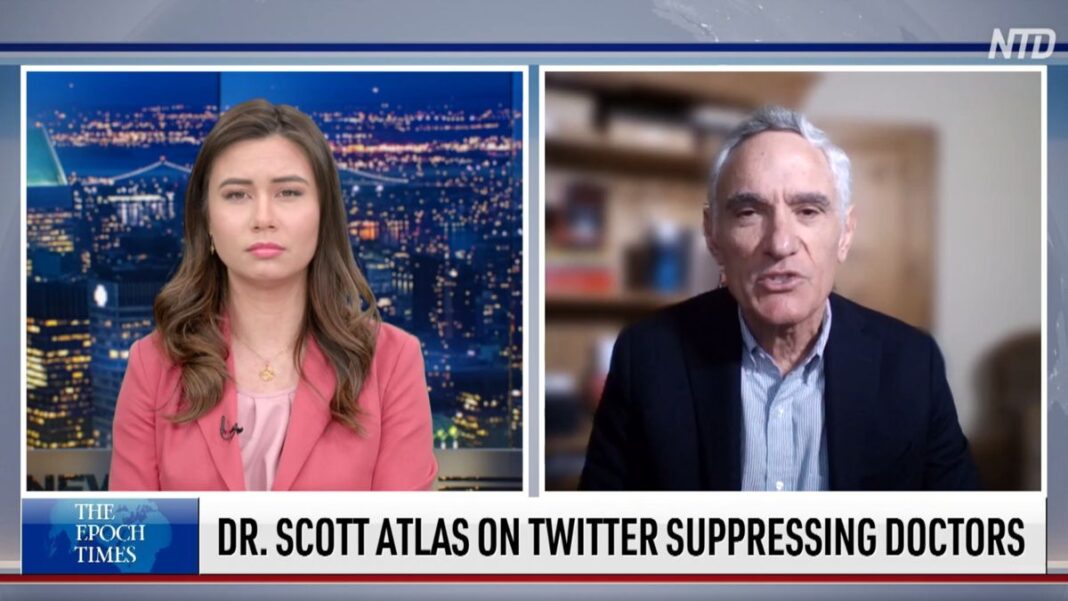 When discussing censorship, there are often “vague implications” on the effects of that restriction. But by censoring medical science and health policy, “you are killing people,” Dr. Scott Atlas firmly stated in an interview that aired on Newsmakers by NTD and The Epoch Times on Dec. 28.

Furthermore, Atlas charged, Twitter’s censorship was particularly “harmful” and “shocking” because the United States was founded on freedom.

“This kind of censorship was, in my view, unheard of in the United States,” Atlas stated. “It’s reminiscent of everything that we, as a free society and democracy, abhor about countries that are authoritarian, like China, the former USSR and now Russia, North Korea.

“This is the kind of censorship that occurs in those countries. And now it’s occurring in our country.”

According to Atlas, censorship at the government’s behest isn’t limited to social media and is far more insidious than first imagined.

In Atlas’s view, there was only one acceptable COVID-19 narrative at the height of the pandemic, and that was the one put forward by those in authority, specifically Dr. Anthony Fauci and Dr. Deborah Birx.

Consequently, when other health authority figures, such as Atlas, advanced conflicting information, the above authorities enlisted help from the media to squash that dissent.

“Dr. Fauci, Dr. Birx, etc., went to their friends in the media and undermined people like me. Who, in fact, were saying what was correct, what has been validated as being correct this entire time.

“But the reality is, yes, the censorship of science kills people. And it killed people during this pandemic. There’s no doubt about that,” Atlas stated.