When a 13-year-old girl said she actually was a boy, teachers at her Maine school allegedly started using male pronouns for her and a counselor gave her a breast binder to wear to create the appearance of a flatter chest.

No one told her mother.

Amber Lavigne said she discovered the device in her daughter’s bedroom. It was then that the child admitted a social worker at the Great Salt Bay Community School had given it to her, as well as changing the name and pronouns she used at school, Lavigne told her community’s school board members during a public meeting on Dec. 14.

The youngster was told to keep it a secret from her parents, which caused her increasing “stress, anxiety, and depression,” Lavigne told the school board of the Central Lincoln County School System (CLCSS) AOS 93. The district serves seven rural communities in mid-coast Maine.

“Utilizing these devices can cause serious side effects,” the Newcastle mother told board members.

When Lavigne expressed concern to school officials for “this heinous act, they expressed grave concern,” she told board members.

Her daughter had turned 13 just a month before.

“She’s a minor child—my minor child!” the mother said, fighting tears throughout her three-minute opportunity to speak at the meeting. “And under no circumstances should she have been provided a chest binder without the knowledge of the parents.”

The school won’t release notes from meetings between the social worker and the child, Lavigne told board members.

A worker “at the school encouraged a student to keep a secret from their parents!” Lavigne said. “This is the very definition of child predatory sexual grooming. Predators work to gain a victim’s trust by driving a wedge between them and their parents.”

Voice quavering, Lavigne demanded that all employees with “knowledge of the secret be immediately terminated from their positions,” and “that our child’s records be released to us. Laws, policies, and parental trust were broken.” 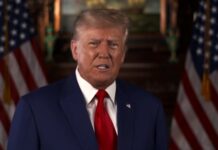 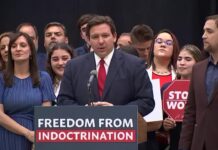 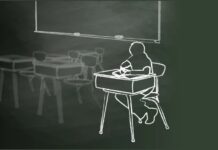