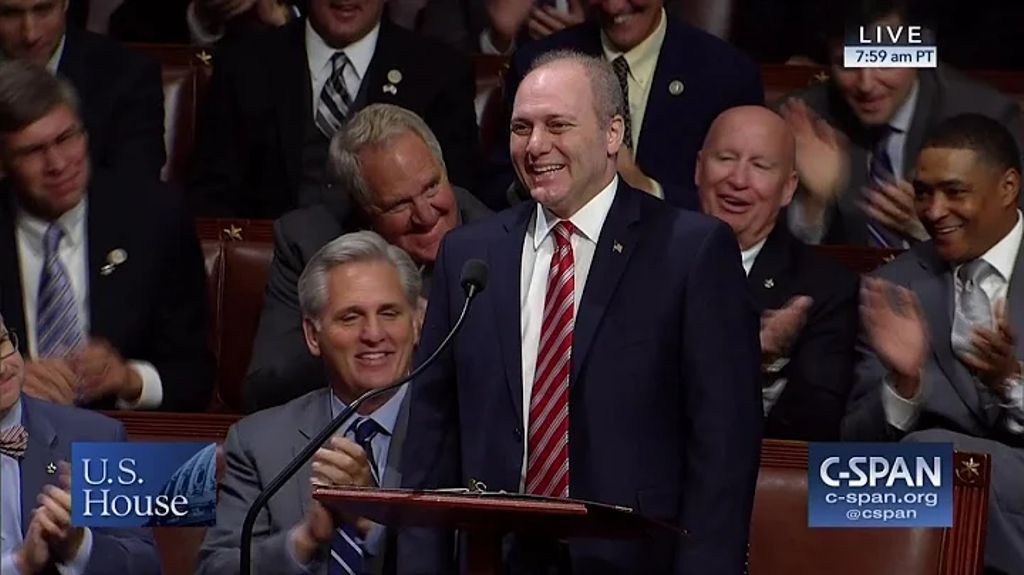 Incoming House Majority Leader Rep. Steve Scalise (R-La.) revealed a list of legislation that he will bring up for Republicans to consider on the House floor when they assume control of the lower chamber in mere days and loosen the Democrats’ grip on power in Washington.

In a letter to his GOP colleagues, Scalise listed eight bills and three resolutions that he will be scheduling for Republicans to take up in their first two weeks of work after the 118th Congress begins at noon on Jan. 3.

“We have a lot of work ahead of us next year as we begin to get our country back on the right track,” Scalise wrote.

American voters have made their desire for change clear in the midterm election, Scalise said, noting frustration with soaring inflation, the rise in violent crime, and the crisis of illegal immigration.

“The last two years have been tough on hard-working families as they have grappled with drastic increases in the cost of living, safety concerns with violent crime skyrocketing in our communities, soaring gas and home heating prices, and a worsening crisis at our Southern border,” Scalise said.

The incoming Congress, he pledged, will work to fix these problems by passing bills that will improve the lives of “all Americans” with measures like getting tougher on crime by encouraging more prosecutions.

Republicans look to press what Scalise described as a “bold agenda” after winning enough seats in the midterms to retake the House and challenge the Democrats, who remain in control of the Senate and White House and so have the power to block legislation.

A review of the bills and resolutions Scalise has scheduled for the first two weeks of the new Congress—like defunding the IRS or restricting releases from the nation’s Strategic Petroleum Reserve—suggests Republicans want to send a message to the Biden administration that the winds of change are about to blow harder.